What Does Zone of Inhibition Mean and How to Measure It

Zone of inhibition is found with the help of disk diffusion method. This BiologyWise post gives you the definition as well as information regarding different parameters that may affect the zone of inhibition. 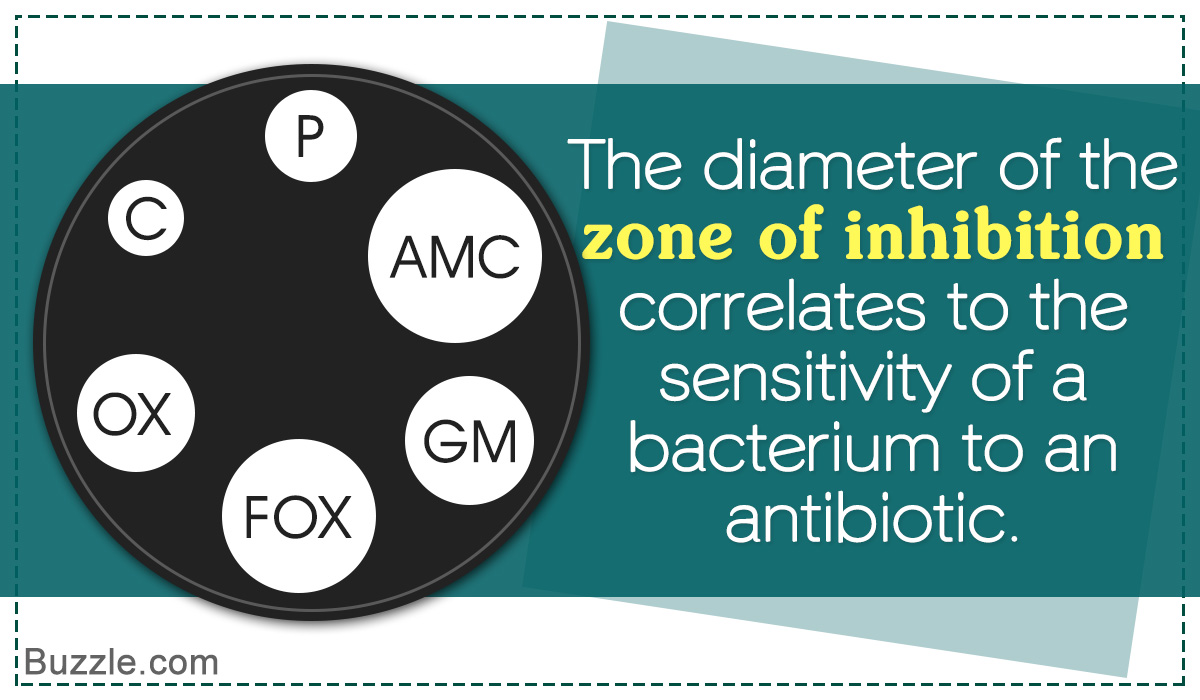 Zone of inhibition is found with the help of disk diffusion method. This BiologyWise post gives you the definition as well as information regarding different parameters that may affect the zone of inhibition.

There are more 23,000 deaths annually due to antibiotic resistance, in America. Clostridium difficile infections cause around 14,000 deaths every year!

The field of medicine was revolutionized when Paul Ehrlich used an antibacterial agent, arsrphenamine, to treat syphilis around the year 1907. In 1928, Alexander Fleming discovered the wonder drug, penicillin. Today there are a number of antibiotics known us. However, due to the indiscriminate and careless use of antibiotics many bacteria have developed resistance to most of the antibiotics available.

Definition of Zone of Inhibition

The testing for sensitivity of an organism to antimicrobial agents is usually done using agar diffusion or disk diffusion test. The parameters of this test were specified (or standardized) by the scientists W. M. M. Kirby and A. W. Bauer and is also referred to as the Kirby-Bauer antibiotic testing. In this method, antibiotics are impregnated on a certain special type of paper disks and are placed on the surface of agar containing the bacterium of our interest. This results in the diffusion of antimicrobial agent into the surrounding medium.

How to Find the Zone of Inhibition

In order to find zone of inhibition the disk diffusion method is followed.

● In this method, pure culture of the bacterium is swabbed on a plate of sterile Mueller-Hinton agar.

● Then a disk impregnated with the antibiotic to be tested is placed on it. The antibiotic starts diffusing into the medium as soon as it comes in contact with the surface of the agar (using either forceps or a multidisk dispenser).

● Once the disk is placed on the medium, this set up is refrigerated for half an hour in order to get more prominent zones (as the lower temperature will curb the growth of the bacterium but not affect the diffusion of the antibiotic).

● After this, the set up is incubated at a temperature optimum for the growth of the bacterium for 16-18 hours.

How to Measure the Zone of Inhibition

● The zone of inhibition is measured using a ruler, a pair of calipers, or with the help of a template. Its size is measured in millimeters and usually rounded off to the closest millimeter. The diameter of the disk is also included.

● These measurements are done by the naked eye without the help of any instrument. The measurement of the diameter is made from the back of the plate. These plates are held against a dark background.

● These plates should be viewed directly from above in order to minimize the errors while measurement.

● In case of organisms showing swarming motility, ignore the veil of the organisms that might swarm into the zone of inhibition.

● On blood agar, the zone of inhibition is measured from the upper surface of the agar and is done by removing the lid of the Petri plate.

Factors That Affect Zone of Inhibition

The pH of the medium may affect the activity of the antibiotic, and thus, may alter the size of the zone of inhibition. Ideally, the pH of the medium is maintained between 7.2 – 7.4. If the pH is too low, certain drugs like macrolides, quinolones and aminoglycosides lose their potency, whereas other drugs like tetracyclines show higher activity. At a higher pH, these drugs show exactly opposite properties.

Density of the Bacterium

A particular density of the organism needs to be maintained, as a low density won’t lead to the formation of lawn growth on the agar, and a high density would not allow proper development of the zone of inhibition. The density of the bacterium used is around 106 cells.

In order to a get well-defined zone of inhibition, it is necessary to make sure that there is no excess moisture present on the surface of the medium or on the lid.

Components of the Medium

Certain components of the medium like thymine, sulfonamide, or thymidine may inhibit the activity of antibiotics like trimethoprim, and may yield false results. For this reason, the Mueller-Hinton agar is the medium prescribed. This medium has a low thymine, sulfonamide, and thymidine content. This medium also contains starch―it acts as a carbon source for the bacterium, and also absorbs toxic metabolites that may be produced by the organism.

Note: Usually, more than one antibiotic can be used on a plate. If, however, the zones of inhibition of two antibiotics merge, the readings should not be considered, and the experiment should be repeated.