What Does Deleterious Mutation Mean? 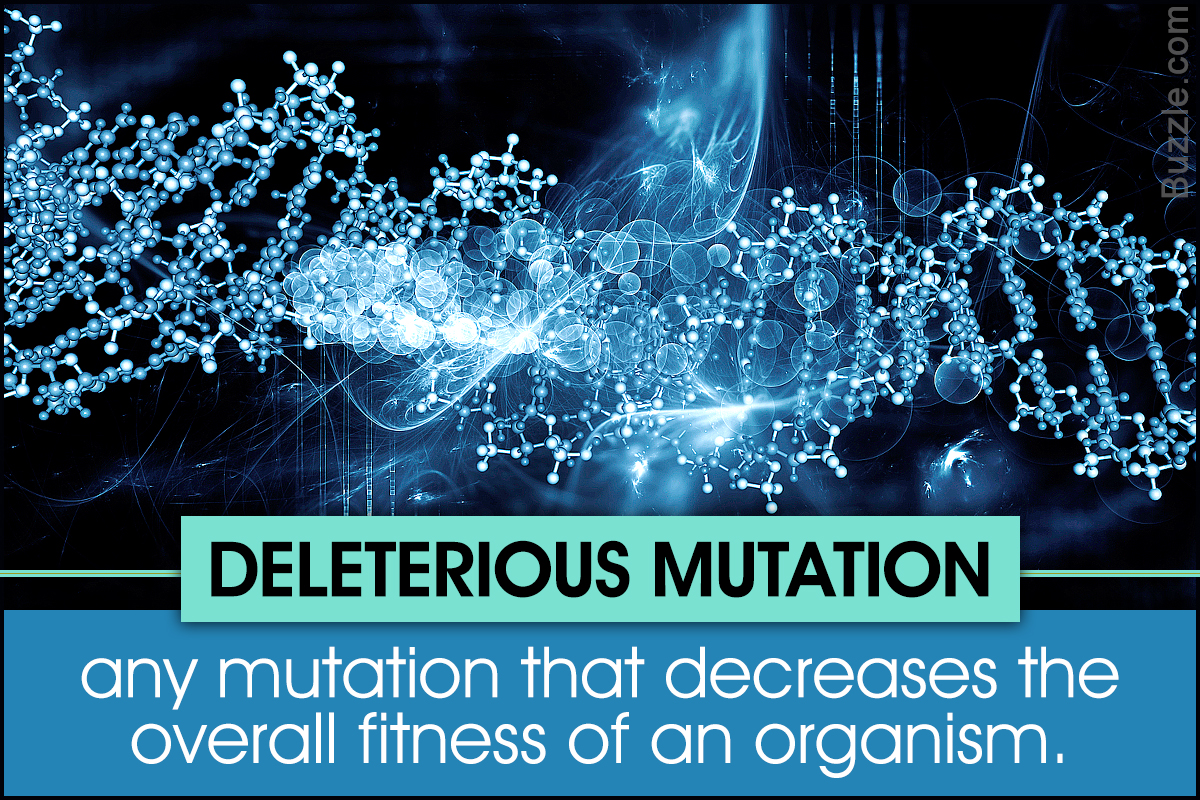 Any change in the normal sequence of DNA is called a mutation. Most mutations in organisms are deleterious by nature. This post explains this type of mutation in a comprehensive manner.

Deleterious mutations do not persist in haploid populations, since they only possess one copy of genes, which if mutated, proves to be fatal to the organism. Thus, the mutated gene is not passed onto further generations.

All living beings possess genetic material that is composed of a sequence of nucleotides. Errors in this sequence are known as mutations, and they exist in the genome of all living beings. It is impossible for the genome of a biological entity to be devoid of any mutations. With each new generation, almost 100 – 200 new errors are incorporated into the genome. Considering the vast timeline of the existence of life on Earth, the amount of accumulated mutations is staggering. To put this in perspective, if we consider humans, each generation includes 100 new errors into the human genome, and at the current population growth rate, each generation of humans on the entire planet has a cumulative 100 billion mutations. Over the years, this vast aggregation of mutations has provided the raw material for the development of various genetic alleles, which increase the genetic variation and diversity, thereby providing the groundwork for the process of evolution and natural selection. 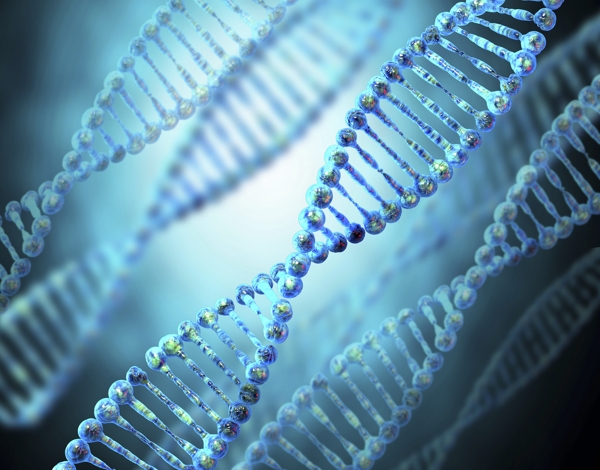 As mentioned earlier, these mutations reduce the fitness of an individual. But what is meant by fitness? It refers to the capacity and ability of an individual to carry out normal life activities, to live a relatively disease-free existence, and to pass on their genetic material to the next generation by reproducing. This is applicable to all living beings, from plants to animals, from microorganisms to birds, and from insects to humans. The fitness of the individual enables it to reach maturity, where its healthy constitution is conducive to reproduction, via which its genetic legacy is passed on to the next generation.

However, in case of deleterious mutation, any one or all of these stages may be compromised, causing the individual to be unfit. The mutation may cause health problems, reproductive failure, and even premature death, depending on the gene in which it occurs. With respect to humans, these three effects can be explained by the following examples.

A mutation in the LMNA gene that produces laminin, a protein that provides support to the cellular nucleus, gives rise to a condition called ‘progeria’. It is a disease that causes accelerated aging, and is characterized by sclerotic skin, baldness, bone abnormalities, growth impairment, etc. Almost all genetic disorders are caused due to the presence of deleterious mutations. 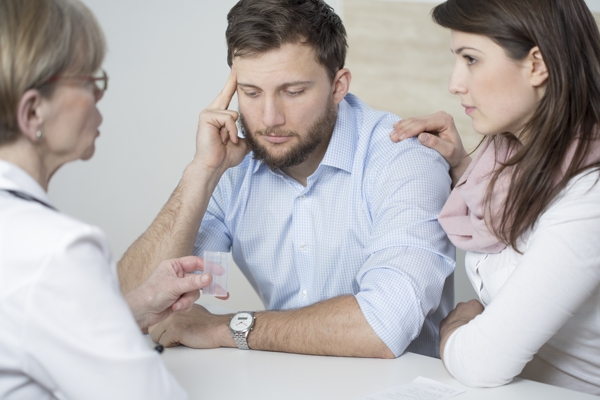 A mutation in the AZF (azoospermia factor) or the SRY (sex-determining region Y) gene gives rise to a non-functional gene-product, resulting in infertility in case of men, thereby inhibiting that particular male to be able to pass his genes to the next generation.

In case of animals like peacocks, who attract mates by the display of their bright tail feathers, any mutation that adversely affects this phenotype would result in the peacock’s failure to attract a mate (peahen) and reproduce. 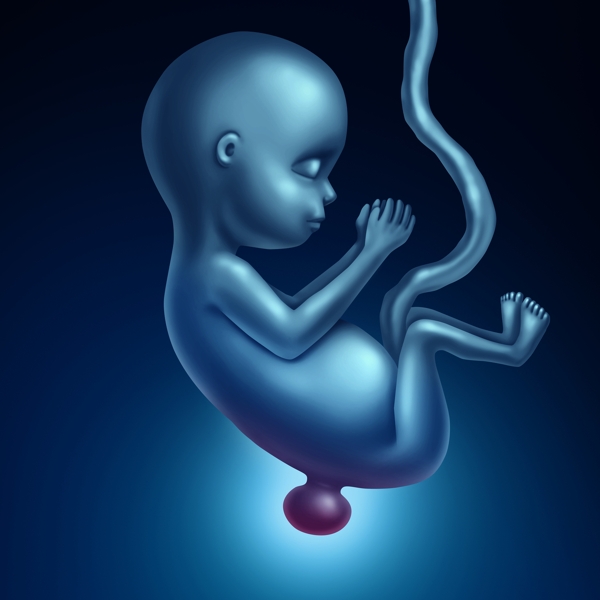 Mutations that give rise to conditions like spina bifida, metabolic genetic disorders, and Marfan syndrome greatly reduce the quality and length of the affected individual’s lifespan, causing that person to die a premature death. Also, some mutations that occur in embryo development genes result in the premature death of the embryo, leading to miscarriages or still births.

Despite their harmful nature, why do deleterious genes persist in the genome of organisms? This could be due to a number of reasons, such as the rate of elimination of these mutations may be low compared to the rate at which they appear. Other probable reasons are as follows.

This is the condition where the possession of two different copies of a gene (wild-type and mutant) is beneficial to the organism, rather than detrimental. An example of this is the mutation that occurs in the hemoglobin gene, resulting in the condition called sickle cell anemia (SCA). In this case, the homozygote for the mutant allele will show a deleterious effect, i.e, the individual will suffer from SCA (all RBCs will be sickle-shaped). However, if the individual is a heterozygote, the recessive nature of the condition will render him a carrier (Partial sickling of RBCs) of the condition. This is beneficial, since the malarial parasite P. falciparum that infects red blood cells and deprives them of oxygen will be unable to infect the sickled cells and lead to a malarial infection. In other words, the partial sickling of RBCs of a carrier render that person immune to malaria. On the other hand, a wild-type homozygote individual would be susceptible to the malarial infection.

No Effect on Reproductive Fitness

In some cases, the deleterious effect of the mutation is exhibited at a later stage in life, by when the reproductive stage of the organism has already elapsed. Hence, the mutations are passed on despite their harmful nature, as the effect does not interfere or exhibit itself during the reproductive stage. An example of this is the trinucleotide repeat mutations seen in the HD gene that causes Huntington’s disease. In this case, the effects of the disease are seen after the age of 40, and till then, the individual has already reproduced and passed this deleterious mutation onto the offspring. Despite this affecting the fitness of the individual, it persists, since it does not affect the reproductive fitness of the individual, but merely shortens the lifespan.

Some mutations may keep arising in certain genes despite the elimination efforts taken by the organisms genome. This may be due to the hyper-mutable nature of the gene, and also because the gene maybe too vital to tamper with (to prevent the induction of other accidental errors). An example of this is the NF gene, which when mutated, gives rise to a condition called neurofibromatosis, that causes tumors of the nervous system. Here, it may be difficult to remove the mutation, since any unwanted disruption in the gene sequence will only cause further damage. Also, even in case this mutation is eliminated, the gene does have a high tendency to mutate; almost 1 in every 4,000 gametes possesses new mutations of this gene.

This refers to the prevalence of a mutated gene copy in a population to its introduction by another population that has migrated to the same location. As mentioned above, the SCA mutation is beneficial to areas with rampant malaria, as is the case with the regions of the African continent. However, when the carriers residing in this area migrated to other countries with a low incidence of malaria, the SCA mutation was introduced into the populations of those countries. Therefore, human migration brought about the flow of genetic material from Africa to other countries, where this mutation, in the absence of malarial incidence, was purely detrimental.

Deleterious mutations are usually recessive in nature. If a haploid organism possesses a deleterious mutation, the effect can be readily observed, crippling the organisms fitness, and resulting in its demise. However, in case the organism is a diploid or polyploid with multiple alleles of a gene, the detrimental effect can be silenced or overridden by the presence of a fully functional wild-type allele. While this prevents the expression of the mutated allele, it does not eliminate it, causing it to persist in the population, till two individuals with the same allele reproduce and give rise to an offspring that will suffer the deleterious effects of the mutation.

Although the cellular repair machinery, along with the proofreading mechanisms, try to eliminate the mutations, certain mutations are not rectified or are actively conserved (as explained above). The accumulation of mutations, by this way, over the course of several generations, leads to an effect called Muller’s ratchet, which may lead to the extinction of the species of that organism. This effect is a principle studied in reference to the extinction of species, and the effort to conserve those on the brink of extinction.