Understanding the Process of Biological Magnification

Biological magnification occurs when toxic substances concentrate in organisms, as they move from one link in the food chain to the next. As you go through the examples of biomagnification, you will get a better understanding of the process. 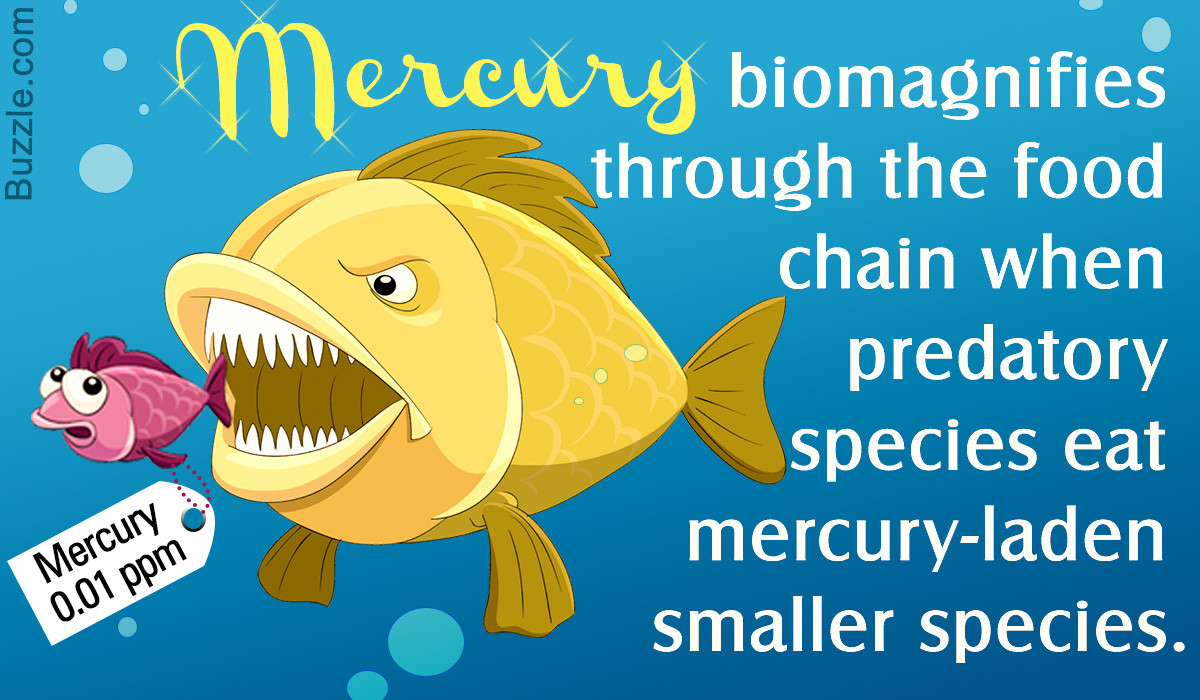 Biological magnification occurs when toxic substances concentrate in organisms, as they move from one link in the food chain to the next. As you go through the examples of biomagnification, you will get a better understanding of the process.

On June 14, 1972, DDT was banned in the US after it nearly wiped out several species of birds of prey.

Of the numerous studies on harmful effects of dichlorodiphenyltrichloroethane or DDT on the environment, one in particular was carried out by toxicologist David Peakall. After studying the eggs of peregrine falcon, Peakall deduced that it was DDT, which these birds ingested when they preyed on contaminated fish and animals, that made them fragile. Interestingly, the concentration of DDT (and other toxic substances) in predatory birds and animals which occupy the top niches in food chains, is relatively high. 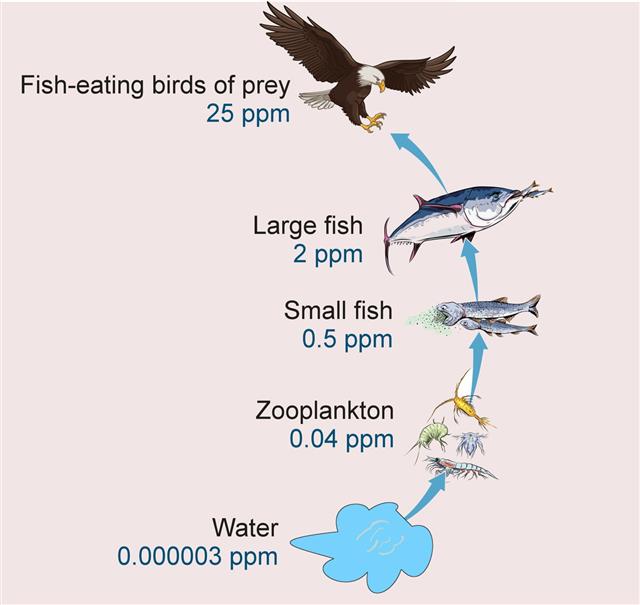 Also called biomagnification or bioamplification, biological magnification refers to the increasing concentration of substances with each successive link in the food chain. Simply put, it’s a process in which substances like pesticides and fertilizers, which are used in the field of agriculture, and heavy metals, which are released in the form of industrial waste, make their way up the food chain. Most of these substances are carried to rivers or lakes as a result of surface runoff, where they are ingested by aquatic species such as fish and frogs. When organisms higher up in the food chain, such as large predatory birds and animals, prey on these fish and frogs, these substances make it to their body. As these species cannot break and dissolve these substances, they end up accumulating in their fat tissues or internal organs.

This process, wherein the concentration of a substance increases progressively as it moves up the food chain, is known as food chain energetics. That, however, is not the only way biomagnification occurs. If the substance is not water-soluble, its excretion is hampered, and that, in turn, can also result in biological magnification.

DDT is undoubtedly one of the most notorious toxic substances―or bioaccumulants that they are called in the context of biomagnification. Though it is banned in the United States now, it was widely used as a pesticide until 1970s. When farmers sprayed DDT on their crops to save them from pests, it ended up in water sources in the vicinity and contaminated the water as well as a whole lot of aquatic species. When it entered the water source, it contaminated planktons. When small species of fish ate plankton, they got contaminated. When bigger fish ate smaller species, they too got contaminated. The concentration of DDT just increased with every trophic level.

It’s obvious that if we eat DDT-contaminated fish, we will also be affected by the same. What is worse, is that by the time it reaches us, it becomes several times stronger than what it is when it is sprayed on farm crops. Courtesy biomagnification, its effects on us are bound to be severe. If it makes eggs of birds fragile, in humans, it is known to lead to some serious birth defects.