Roundworms are extremely common intestinal parasites that can cause severe infections. If you want to learn more about these parasites, then here is some information. 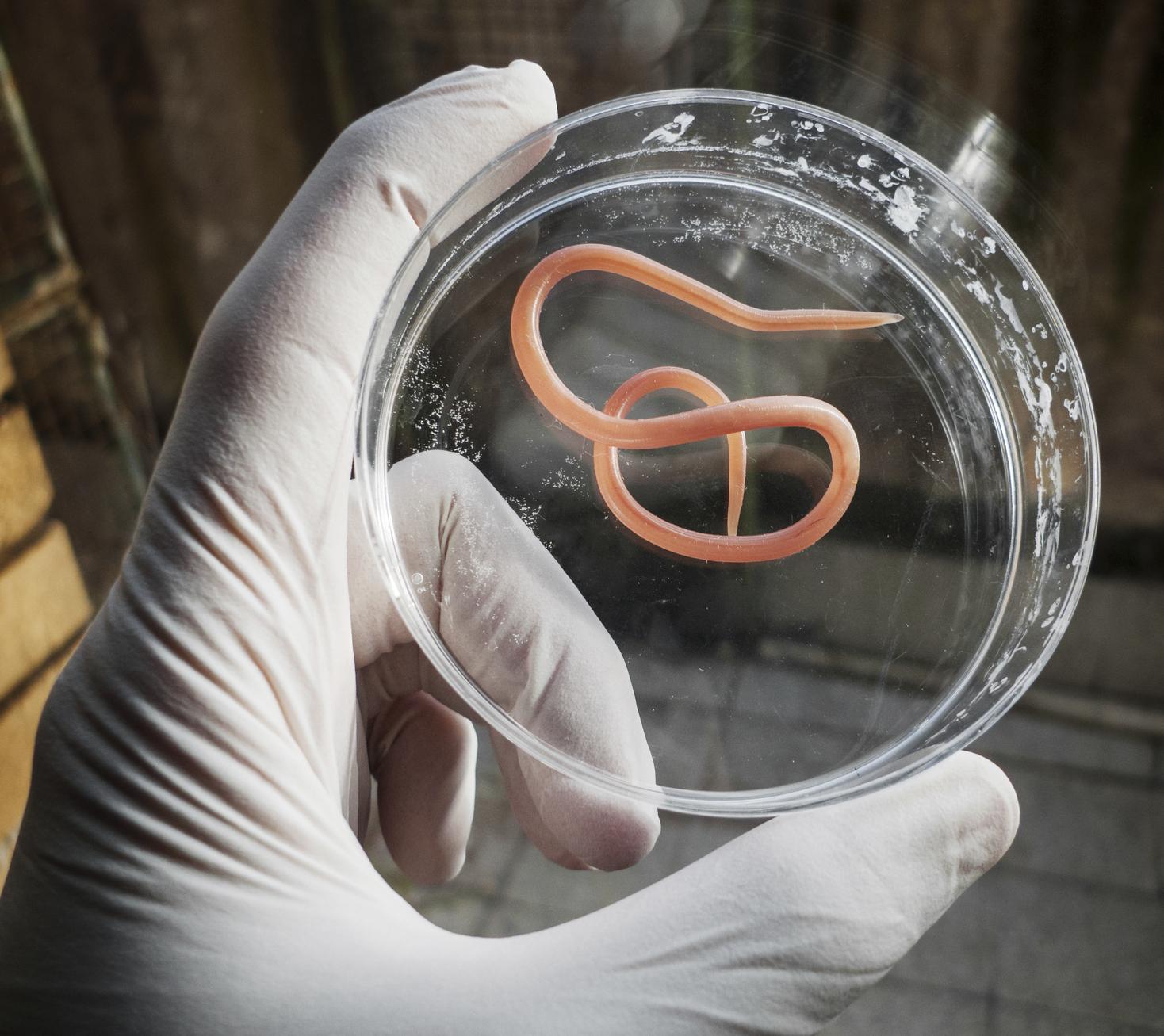 Roundworms are extremely common intestinal parasites that can cause severe infections. If you want to learn more about these parasites, then here is some information.

Roundworms are one of the most common species of intestinal parasites in the world. It is estimated that there are about 50,000 species in the world. But out of these only about 15,000 species of roundworms have been identified and named as yet. An infection of this parasite can lead to many serious ailments in humans and animals alike. In fact the infection has been a cause of worry among human beings for a very long time with records found that can be traced back to 2,700 B.C. These parasites come under the category of the phylum Nematoda and the kingdom Animalia. Any other categories such as class and order of roundworms is still disputed by experts.

They are unsegmented parasites with their mouth at one end and their anus at the other end of the body. Their bodies are hollow with their intestines running throughout. They have a body wall that has different layers of muscles. They are invertebrates which have no backbone. Also known as nematodes, roundworms are found in different sizes. They can be microscopic, invisible to the naked eye and can also be as long as 20 feet. Placentonema gigantissima, which is a parasite that lives in whales can grow up to 13 meters.

These worms like other species have female and male varieties but they could also be hermaphroditic. This means that they can have both male and female organs in their body which means they can reproduce on their own if need be and if the environmental conditions are favorable. Some species can lay as many as 200,000 eggs in a day.

Roundworms have a very high level of adaptability and can survive in almost any environment from polar areas to tropical regions and from freshwater habitats to marine water. They can also adapt in any soil type. While there are many species that live freely in their habitat feeding on soil microbes and plant decay, there are others that thrive when living on host organisms. In the human body they can survive in any organ, but are most commonly found in the circulatory, alimentary, and respiratory systems.

Contracting diseases due to roundworms is a very common phenomenon and the symptoms of infection vary depending on the ailment that has been contracted. The most common symptoms are vomiting, pain in the stomach, diarrhea, fever, eggs in bodily discharges, etc.

The most common method of contraction is accidental ingestion of the eggs or larvae of roundworms. Direct contact with larvae of some species of roundworms may also result in infection.This is one of the main causes of infection in children as they often do not wash their hands after touching surfaces that are inhabited by roundworms. When the eggs enter the human body, the eggs hatch. Once this happens, the larva can break the intestinal wall, traveling through the bloodstream to different organs, thereby infecting the body.

Many medical research studies use roundworms to study human diseases. These diseases include illnesses like muscular dystrophy and even Alzheimer’s disease. This is because of the fact that human beings and roundworms have a body organization that is similar and some species also have a similar genetic code. Roundworm infection can lead to serious ailments. In order to prevent this infection it is important that you maintain personal hygiene.