A Brief Comparison of Plant Cell Vs. Animal Cell

Here is a comparative study of a plant cell and an animal cell, so as to have a better understanding of the similarities as well as the differences between these two types of biological structures.

Here is a comparative study of a plant cell and an animal cell, so as to have a better understanding of the similarities as well as the differences between these two types of biological structures. 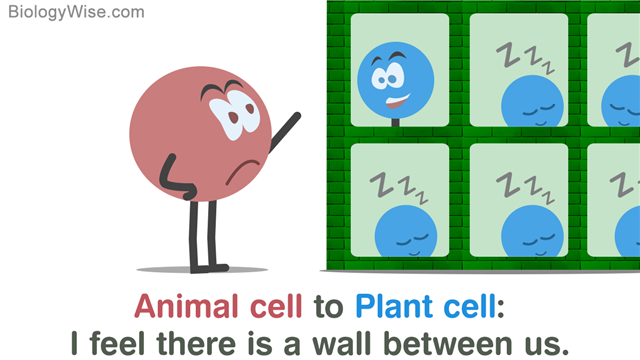 The bodies of both plants and animals are made up of cells. Although the basic structure and most of the features are the same, there are many points of differences between the two. The primary difference between both cells arises because of the fact that plants have to produce their own food by photosynthesis. Another important distinguishing factor is that plants have to support their own weight, which animals do by means of their skeleton. To perform these two important functions, plant cells and animal cells produce different kinds of organelles, that create a variation between the two types of cells.

The various structures within a cell are called organelles. These organelles perform their specific roles, working in coordination with each other to ensure normal functioning and survival of a cell. Let’s take a look at the similarities and differences between plant cells and animal cells, with respect to these organelles.

Both plant and animal cells are eukaryotic in nature, having a well-defined membrane-bound nucleus.

It is present in both cell types. The nucleus carries most of the genetic material in the chromosomes, which carry the genetic information in the form of DNA (deoxyribonucleic acid).

It is a semi-permeable or selectively-permeable membrane that encloses the contents of a cell, allowing only selected molecules to enter the cell and blocking out the others.

They act as the powerhouse of the cell, converting food into energy. Animal cells have more number of mitochondria, as they are the only source of energy. They also contain a small amount of DNA.

They act as sites, where proteins synthesize from amino acids. Some ribosomes are attached to the endoplasmic reticulum, while others float freely in the cytoplasm.

It is a flattened sac-like structure which receives and processes proteins from the endoplasmic reticulum, and transports them to various locations within the cell or sends them out of the cell.

A plant cell is usually larger and rectangular in shape, whereas an animal cell is spherical in shape.

A plant cell has a cell wall as well as a plasma membrane. The cell wall guards and maintains the cell shape and provides rigidity to the cell. It is made up of cellulose and hemicellulose. Animal cells do not have cell walls. The plasma membrane serves as the outer boundary to the animal cell.

Plant cells contain chloroplast, and hence they can prepare their own food. They act as the site of photosynthesis, using sunlight, carbon dioxide, and water to prepare carbohydrate molecules. Animal cells do not have chloroplast.

A plant cell usually has a single large and prominent vacuole, which is a bladder-like structure containing water and other solutes, thus serving as a storehouse of the cell. Animal cells may or may not contain one or many smaller vacuoles.

These organelles are absent in plant cells. In animal cells, centrioles assist in the movement of chromosomes during the cell division process.

An animal cell contains lysosomes in its cytoplasm. Lysosomes contain a number of enzymes that help in the digestion or breakdown of substances in the animal cell. Plant cells do not have lysosomes.

The formation of a cell plate takes place during cell division of a plant cell. In animal cells, the division takes place by means of constriction at the center of the cell. 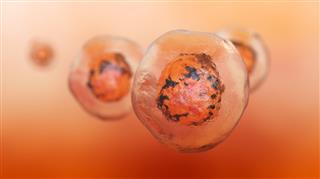 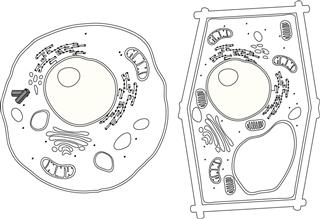 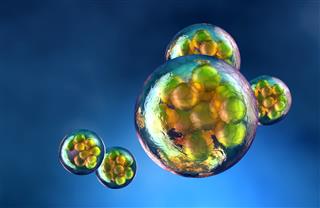