A plant cell consists of a cell wall, chloroplast and a large vacuole, while these parts and organelles are absent in an animal cell. 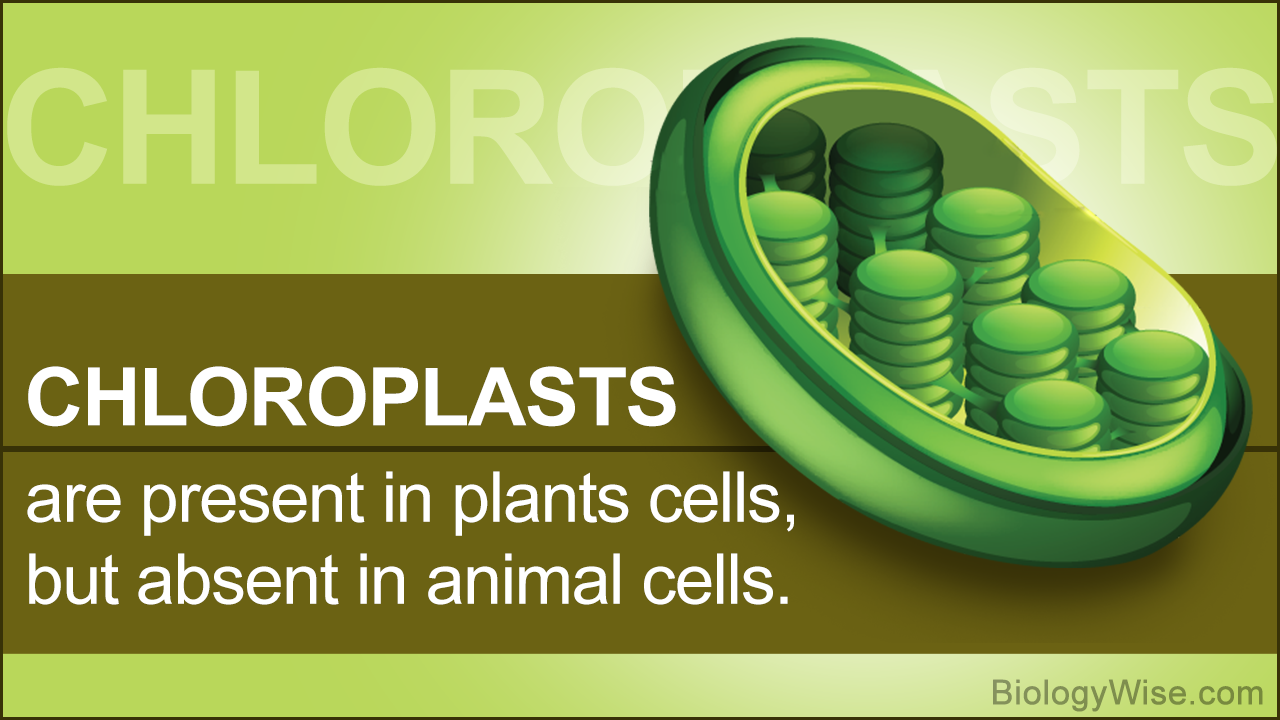 A plant cell consists of a cell wall, chloroplast and a large vacuole, while these parts and organelles are absent in an animal cell.

A cell is the basic living unit of every life process. Or in simpler terms, all living microbes, plants and animals have cells in common. But, the cell is different in certain aspects from one organism to another. For example, the cell of bacteria and blue-green algae (BGA) is of a primitive prokaryote type, while the cell of plants and animals are of an advanced eukaryote type. In general, a prokaryote lacks a membrane bound cell nucleus, whereas a eukaryote consists of membrane bound nucleus and organelles.

Depending upon the complexity of the organism, the number and types of cell differs. For example, amoeba is a simple eukaryote with only a single cell. On the contrary, there are 3 types of cells in a typical plant and more than 200 cell types in a highly evolved animal. Other than the cell types, there are several plant and animal cell differences. So, what are some differences between plant and animal cells?

For a layman, the primary difference between plants and animals is that the former remains fixed, while the latter has the ability to move themselves from one place to another. But, there is more to this that differentiates a plant from an animal, in terms of their cell anatomical structure and parts. Listed below are some of the distinguishing features between a plant cell and an animal cell.

A major difference between a plant cell and an animal cell is the presence of chloroplast in plants, while it is absent in case of animals. It is the chloroplast in plants, which is responsible for harvesting light from the sun and performing photosynthesis in the presence of water and carbon dioxide. Thus, by means of photosynthesis, sugar is produced by plants and is circulated in the food chain.

The organelle plastids are present in the cell of algae and plants, while they are absent in an animal cell. Plastids are responsible for production and storage of chemical compounds, including the plant pigments. Based on the type of plastids, the color of the cell varies. For example, chloroplasts are a type of plastids that are green in color.

Lysosomes are organelles not evident in a plant cell, while they are found in an animal cell. These lysosomes are present in the cytoplasm of an animal cell and store enzymes for the breaking down of nutrient molecules.

In spite of the plant and animal cell differences listed above, there are common features shared by both the cell types. After all, both are eukaryotic and have complex membrane bound organelles. Thus, in the concluding note, each and every cell possess the basic requirements for keeping the organism alive in its prevailing environment.