A Comparison of the Northern Blot Vs. Southern Blot Technique

Northern and Southern blotting are techniques used in molecular biology, which are used to detect macromolecular changes related to the DNA. BiologyWise explains the nature and principle of these techniques, and compares the differences between them.

Home / Uncategorized / A Comparison of the Northern Blot Vs. Southern Blot Technique 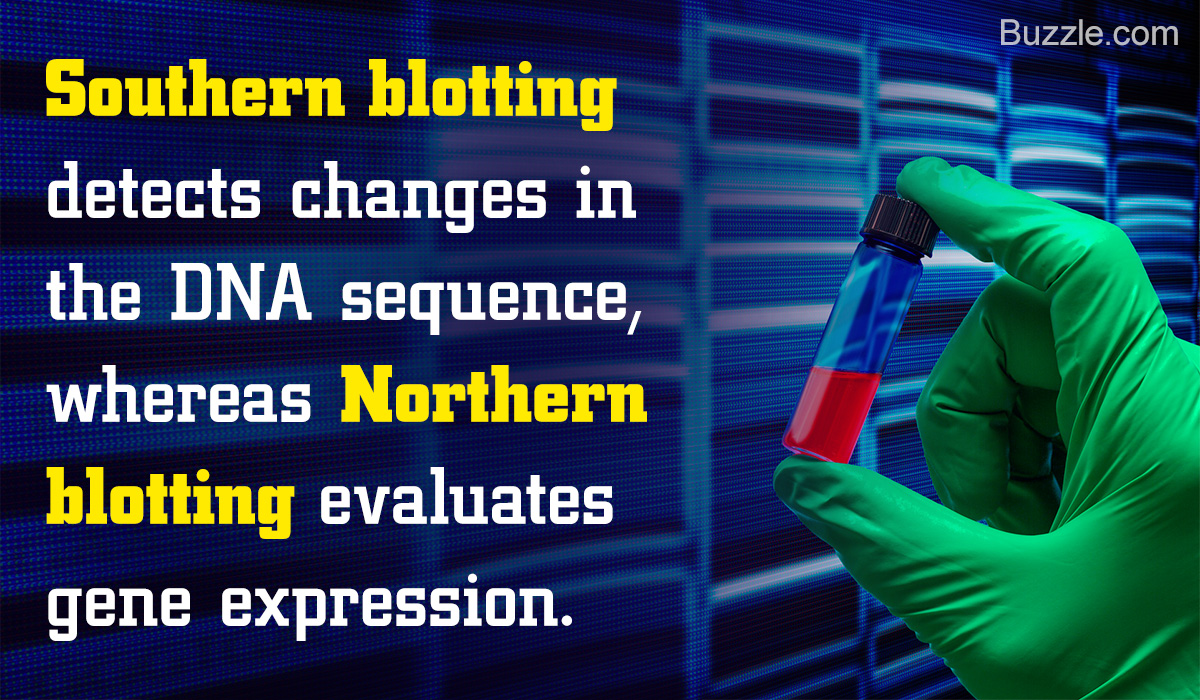 Northern and Southern blotting are techniques used in molecular biology, which are used to detect macromolecular changes related to the DNA. BiologyWise explains the nature and principle of these techniques, and compares the differences between them.

Southern blotting is named after Sir E. M. Southern, a British biologist who developed this technique. Subsequent blotting techniques (Northern blotting, Western blotting, etc.), which are based on the same principle, are named eponymously.

All blotting techniques are based on the same principle of specific base pairing of the probe sequences to the sequences immobilized on the membrane. Any change in the sample sequences will lead to the probes not binding or binding non-specifically. This change in binding affinity will be visualized upon secondary hybridization with a labeled probe. The intensity of the resultant dye or fluorescence will indicate the specificity of the binding along with other characteristics such as copy number, gene expression, etc.

Northern blotting is a technique used to detect and study specific RNA molecules from a mixture of different RNA, all isolated from a particular tissue or cell type. It allows the investigator to determine the molecular weight of mRNA, and also to determine the relative quantity of mRNA (gene expression) across different samples.

Southern blotting is used to detect and study specific DNA sequences. It allows one to study restricted (cut) DNA fragments, changes in the sequence, and its relative quantity across different samples.

✦ Initially, the purified sample is loaded onto an agarose gel and electrophoresed, causing the sample to separate into bands. The bands are then transferred onto a carrier membrane by the principle of either capillary action or directed electric current. The membrane with the transferred bands is then sealed by baking in an oven or by treating it with a blocking solution. This ensures that the transfer is made permanent, and the unbound surface of the membrane is blocked so as to prevent binding of unwanted molecules and the possibility of a hampered result.

✦ Once the blocking is done, the membrane is washed gently to remove traces of the blocking solution. The membrane is then treated with specific target probes that bind to the transferred bands. The binding of the probe to the target molecule is called primary hybridization. The membrane is washed gently to eliminate the excess probes, and then it undergoes secondary hybridization, where the target probe is labeled with a radioactive element, a fluorescent dye, or even a chromogenic dye. The excess is again washed off.

The two techniques stem from the same principle and differ in the type of molecules they target. The development in the blotting techniques has helped provide scientists with a tool to study molecular interactions and detect changes, if any. 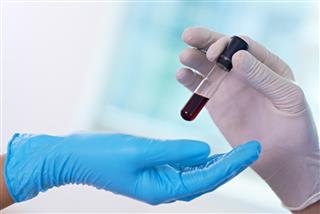 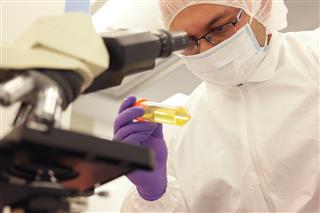