A Detailed List of Human Races That is Informative and Revealing

From quadruped catarrhini to bipedal brainy creatures, mankind has undertaken a long evolutionary journey. The following list of human races holds testimony to mankind's evolution into the alpha creature of all creation and how different races of humanity rule every corner of planet Earth.

From quadruped catarrhini to bipedal brainy creatures, mankind has undertaken a long evolutionary journey. The following list of human races holds testimony to mankind’s evolution into the alpha creature of all creation and how different races of humanity rule every corner of planet Earth. 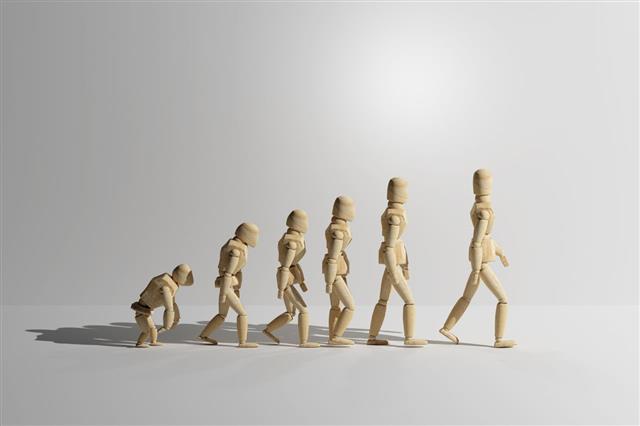 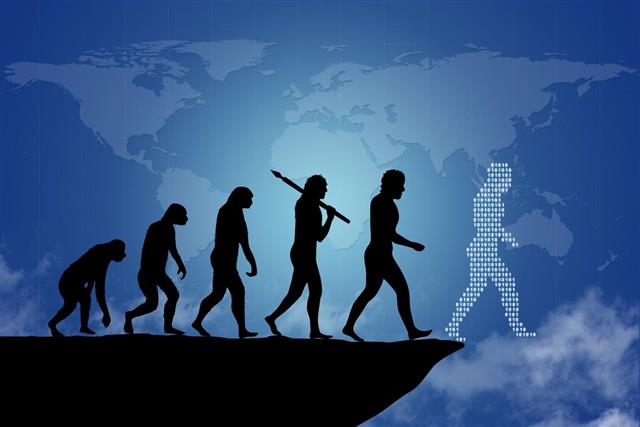 Race is a fixed biological category that is inherited from generation to generation. – Dr. Charles Hirschman (Department of Sociology, University of Washington)

Before You Read Ahead

Please understand that it is difficult to attribute each minor sub-sub-sub (till infinity) race to any of the major, classical races, as there is still much controversy among anthropologists regarding the origin of each sub-race. Such difference of opinion stems from the fact that different people have different theories about racial evolution, and the particulars of mass migrations and resultant interbreeding make it difficult to trace a particular sub-sub-sub-sub (till infinity) race to any of the four classical racial categories. Hence, only the broadest sub-racial categories under each major race have been discussed to avoid information bias or assumption fallacy of any kind.

Before we get down to enlisting the different human of humanity, let us first understand the concept of race itself. As far as classification of human beings is concerned, race refers to such classification based upon various parameters such as genetic and biological traits, language, culture, traditions, and social practices. The basic parameter for racial classification, however, remains genetic composition which manifests externally as one’s anatomical appearance.

The Basic Races of Humanity

along with their various sub-races (as a result of biological interaction of people belonging to different races) that can be seen on Earth at present.

The evolution of different human races is as old as the evolution of humanity as theorized by Charles Darwin. According to recent researches in the field of anthropology regarding the origin of mankind, it has been suggested that the human race may be older than originally thought. The following four races are the chief distinct classifications of humans based upon genetics and anthropology. However, we can see many sub-races as a result of matrimonial and reproductive interaction between people belonging to different races.

The word ‘Caucasian’ comes from ‘Kavkas’, who is believed, according to ancient legends, to be the forefather of the Vainakh-speaking people (the Chechens, Ingush and Georgian Kist people), all of whom trace their ethnic origins to the Caucasus mountains, mainly along the North and South Caucasus regions. In essence, it means that either ‘Kavkas’ could have come from ‘Caucasus’ or vice versa.

The exact place of origin of the Caucasians is a matter of debate among anthropologists but most seem to agree with the aforementioned theory. The Caucasoids are further classified into various sub races such as Aryans (including some Indo-European populations), Semitic (Arabs, Hebrew speaking people), Hamitic (Berber-Cushitic-Egyptian native races), Nordic, Mediterranean, Dinaric, Alpine, Arabid, East Baltic, Turanid, Iranid and Armenoid. These sub races are primarily based upon geographic location and language. The Caucasian race and all its sub races are characterized by light skin color ranging from white to dark wheatish, straightish to wavy hair with color ranging from flaxen to brownish to dark ebony, prominent eyes, pronounced and well-shaped nose and sharp features, medium built and average to stocky musculature. Owing to the very cold conditions of the place of its origin, the Caucasian race has light and sparse skin pigmentation and, as a result, they are not very well suited to living in very hot equatorial climates and are ill-suited to remain exposed to strong sunlight for long.

Thomas Huxley, the prominent Darwinian biologist, believed that Aborigines, Papuans, Negritos, and Melanesians should be categorized under the Australoid race, although a lot of his predecessors and contemporaries were unanimous about inclusion of these sub-races under the Negroid race.

The Negro race is subdivided into sub races such as Aborigines, Melanesians, Negritos, Papuans, Dravidians, etc. People belonging to the Negroid race are physically characterized by dark skin due to dense pigmentation, coarse black and wooly hair, wide noses and foreheads, broad, often thick lips, large built and broad skeletal structure. The Negro race people are known for their stamina and ability to survive in very adverse environmental conditions, especially extreme heat. The dense pigmentation of their skin equips them to face the intense heat and strong sun of the equatorial belt of the earth, which is where this race is believed to have originated. Even today, the maximum number of Negroid race people can be found in the equatorial regions such as Africa, Southern India, etc. Negroid sub-races also include the following:-

Due to the vast and diverse geographical distribution of the Mongolian race, the term “Mongoloid” seems more appropriate than “Asian”, as an umbrella term to refer to people belonging to this race.

The Mongoloid race include all those people who are classified under the sub races East Asian, North Asian and Native American. Mongoloids are characterized by yellowish or light wheatish skin, extremely straight and black hair, very less hair growth upon their bodies, small, almond-shaped eyes, slight built and very lean musculature. The facial features are usually small but clear. The regions of the world that are regarded as the homelands of Mongoloid race people are the far Orients, Northeastern India, certain American countries where Native American people can still be found, etc. The Mongoloid race can be classified into – the Neo-Mongoloids, which include ethic groups like Eskimos, Buryats, Chinese, and Chukchis. These groups have physical features that are extremely Mongoloid in appearance and are typically found in Mongoloid populations that have adapted to living in extremely low temperatures and cold climatic conditions. The second category is the Paleo-Mongoloids, which include ethnic groups such as Polynesians, Filipinos, Burmese, certain Native American people, Jōmons, etc. The physical features of these ethnic and genetic groups are less Mongoloid in appearance and such features are usually found in Mongolian populations whose lifestyles are adapted for living in warm to temperate climatic conditions over several generations.

According to the ‘Out of Africa Theory’, Proto-Australoids (believed to be ancestors of the Australoid races) are thought to have migrated from the African continent and moved along the Southeast Asian coast towards the Australian landmass

The Aborigines, Melanesians, Papuans, and Negritos come under the Australoid race. In short, the original native races local to the Australian subcontinent come under this category. Most anthropologists debate the distinctiveness of this race as they believe that sub races like Aborigines, Negritos, etc., are genetically and physiologically very close to the Negroid race. This belief conforms to the Out of Africa theory. This could be the reason behind the racial similarities between the Australian aborigines and the native inhabitants of the Andaman and Nicobar Islands in the Indian Ocean. Hence, many anthropologists and genetic biologists believe that these should be categorized as sub races of the Negroid race. Therefore, it is believed that the Australoid race is a classification of humanity which is based upon geographical location and regional culture rather than genetic and biological traits.

It is really not possible to accurately determine all the infinitely distant sub-races of a particular major race. This is, especially, the case in modern times, when inter-racial interactions, and resultant diversity in the permutations and combinations of interbreeding, has made it really difficult to trace a mixed-race person’s genetic heritage to any one of the four major races. Also, as far as theories go – whether they are about racial evolution, mass migration of entire populations or origins of a racially similar people’s nativity – they can get refuted any time another one, with contradictory evidence, shows up.

The most prominent example of such a perpetual scientific debate is the theory of Aryan invasion of India, which claimed that the Dravidians were the original natives of the Indian landmass. The invading Aryans took over the Northern regions and pushed them towards the South, where they have settled since. Recently, a number of historians, anthropologists and geneticists have come up with a theory that says otherwise. Both schools of thought back their claims with comprehensive analytical pointers as well as thorough interpretation of conclusive evidence. Owing to these factors, only the broadest classification of the four major human races have been discussed in this article.

It is unlikely that the debate surrounding what people belong to exactly which of the four races, tracing their ways back along what ethnogenetic pathways, will have a unanimous conclusion/resolution anytime soon. Any racial theory that is believed to be the correct one is only correct as of today – it will hold water only as long as a contradictory one, armed with ‘conclusive evidence’, doesn’t burst upon the scene. After all, history bears witness to such times when the earth was considered flat and this belief was so strong in its time that anyone who dared say otherwise (Nicolaus Copernicus) earned the wrath of those in power.

This was a brief and broad overview of the various human races that resulted post human evolution from simian ancestors. This list includes the four chief races of humanity from whence branch out the multiple sub races. Sub races can be as a result of inter-racial interactions, geographical isolation or any other natural or social interference to the evolutionary machinery. 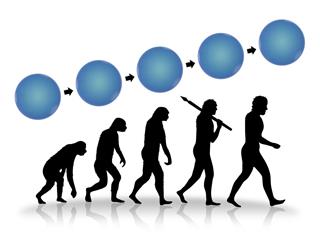 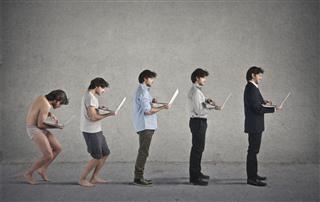