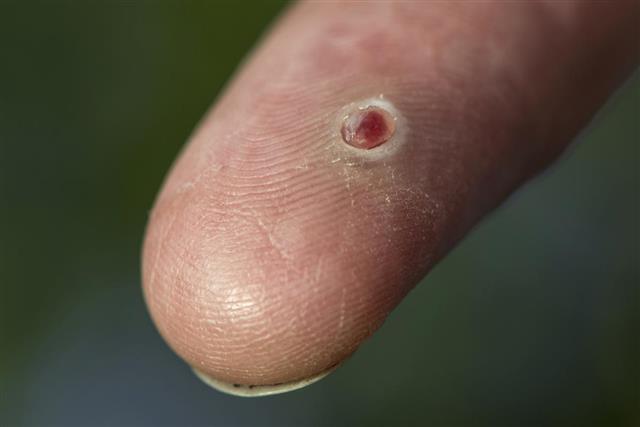 In this technique, bacteria are stained with crystal violet, and then exposed to a decolorizer followed by counterstaining using safranin dye. After this exposure, the bacteria that appear purple are the ones that have retained crystal violet in their cells in spite of exposure to a decolorizer. These are Gram-positive bacteria. On the other hand, the bacteria that appear pink are the ones that get decolorized and take up safranin dye. These are Gram-negative bacteria.

A typical Gram-negative bacterial envelope comprises the plasma membrane, periplasm, peptidoglycan and the outer membrane. Plasma membrane is the innermost component, whereas the outer membrane is the outermost one. The space in between these two structures is called the periplasmic space and is filled with a gel-like matrix called periplasm. One or two layers of peptidoglycan are present within the periplasmic space.

The outer membrane is a unique component of a Gram-negative cell wall. It is anchored to the peptidoglycan layer through a set of lipoprotein molecules. The outer membrane is a bilayer consisting of a phospholipid layer on the inner side, and a lipopolysaccharide (LPS) layer towards the outer side. This LPS comprises side chains anchored to a core lipopolysaccharide. The side chains are made up of repeating oligosaccharide units, and are often the basis to distinguish and classify these bacteria. The LPS layer is also known as endotoxin, and serves as a major virulence factor. The outer membrane is selectively permeable owing to the presence of specialized membrane proteins called porins.

Most of the Gram-negative bacteria fall under phylum Proteobacteria. A few examples from notable groups under this phylum as well as other phyla have been listed below.

Gram-negative bacteria have strong pathogenic abilities due to their double membrane cell wall, endotoxins and mechanisms for drug resistance. They are the causative agents for various respiratory tract infections, sexually transmitted diseases, gastrointestinal diseases, etc. They are also the leading cause of nosocomial (healthcare-associated) infections. Moreover, these bacteria evolve and acquire multidrug resistance through various gene transfer mechanisms.

The endotoxins present in their cell walls can enter the bloodstream causing endotoxemia. This can happen through a systemic or local infection or through the Gram-negative bacteria present in our intestines as a part of the gut microflora. The human gastrointestinal tract is home to a variety of Gram-negative pathogens. As a result, during the replication of these bacteria, endotoxins are being synthesized continuously, and are also translocated to blood in low amounts. This low level of endotoxins do not pose any damage to the human body. However, high levels of these endotoxins lead to inflammation of tissues, and also activate various cellular processes of the immune system. It also leads to an endotoxic shock or septic shock in extreme cases.

Some of symptoms of endotoxic shock are:

The unique outer membrane that confers antibiotic resistance as well as drug resistance poses a difficulty in treating Gram-negative bacterial infections. However, certain antibiotics including streptomycin, chloramphenicol, and certain cephalosporins offer an effective treatment option. In many cases, a combination of antibiotics is used to deal with such infections. In addition, symptomatic treatments like breathing aids, drugs for regulating temperature and heart functions are prescribed in case of an endotoxic shock.

Gram-negative bacteria are a set of notorious bacteria that lead to a variety of diseases, including pneumonia, meningitis, gonorrhea, bacterial dysentery, cholera, gastritis, etc. Their unique cellular envelope confers virulence as well as protection from various chemicals. They still pose a major challenge to the modern-day doctors and scientists with respect to their cellular mechanisms and treatments.

Disclaimer: This article is for informative purposes only, and should not be used as a substitute for professional medical advice.