Genetic Engineering in Food: The Jury’s Still Out

Genetic engineering in food can be utilized for the production of improved fruits, vegetables, and food crops. But it needs to be handled with responsibility. Read this BiologyWise article to explore the world of genetic engineering of food.

Home / Uncategorized / Genetic Engineering in Food: The Jury’s Still Out 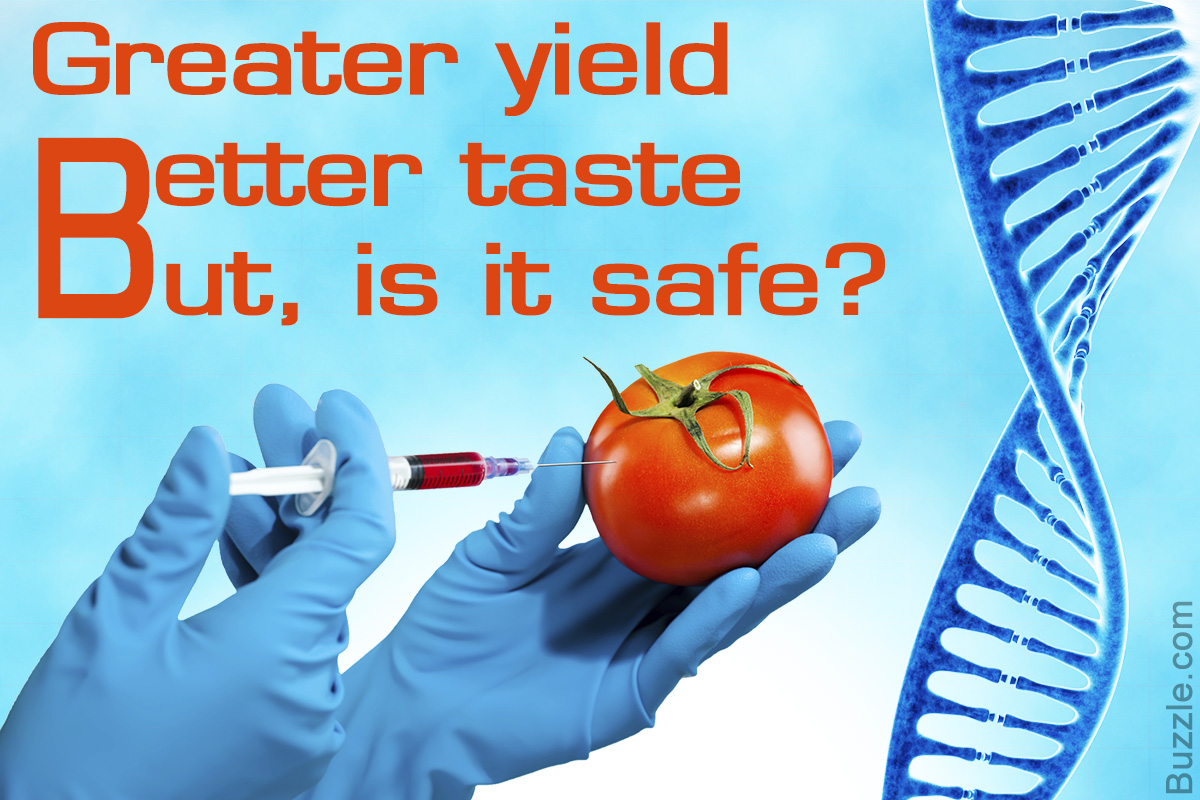 Genetic engineering in food can be utilized for the production of improved fruits, vegetables, and food crops. But it needs to be handled with responsibility. Read this BiologyWise article to explore the world of genetic engineering of food.

Genetic engineering deals with the direct manipulation of genes of organisms. Techniques like molecular cloning and transformation are used to achieve this. With the help of these techniques, the genetic structures and characteristics of a life form can be altered.

In molecular cloning, a DNA sequence is isolated and its multiple copies are obtained. This technique is often used in the amplification of DNA sequences. In the transformation technique, a change is brought about in the genetic structure of a cell by introducing a foreign DNA into it.

A segment of DNA is a protein sequence. By changing this sequence, different versions of that protein can be obtained. Until now, genetic engineering has been successfully applied for the improvement of crops and in the manufacture of medicines to a certain extent. It has been used in the alteration of genes in organisms to develop improved versions of the species.

How are genetic engineering techniques used to modify crops?

Genetic engineering to introduce new traits in plants, can lead to increase in their yield, improve agricultural practices, and improve the nutritional value of food. Plants tolerant to weed killers, allow farmers to kill weeds without worrying about the crops. The advantages of herbicide or insecticide-resistant crops are similar. The future of genetically engineering crops could be the development of edible vaccines. Development of potatoes with edible vaccines for diarrhea, and cultivation of tobacco with antibodies for dental caries, is in the stage of pre-clinical human trials. 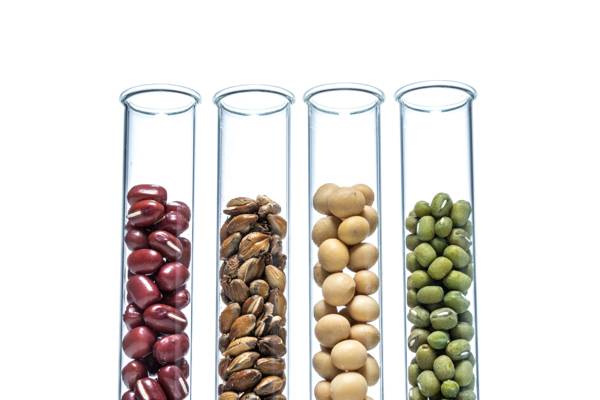 Out of the three important cereals namely wheat, rice, and corn, wheat was the last to be transformed genetically. Recombinant DNA techniques were used to create the first transgenic wheat around the 1980s.

Biotechnology is the term used for genetic engineering in food. As the name suggests, it is a technology based on biology. It deals with agriculture, medicine, and food science. Before 1971, this term was used in relation with the agriculture and food processing industries.

By the use of genetic engineering, genes can be transferred to a developed variety of crop to achieve a higher yield. The transfer of genes which impart the characteristic of greater yield, is critical. But it is also one of the most beneficial applications of genetic engineering in food. With the help of genetic engineering techniques, certain desirable traits are introduced in crops, which include pest resistance, improvement in the crop’s nutrient profile, or resistance to environmental conditions and chemical treatments. 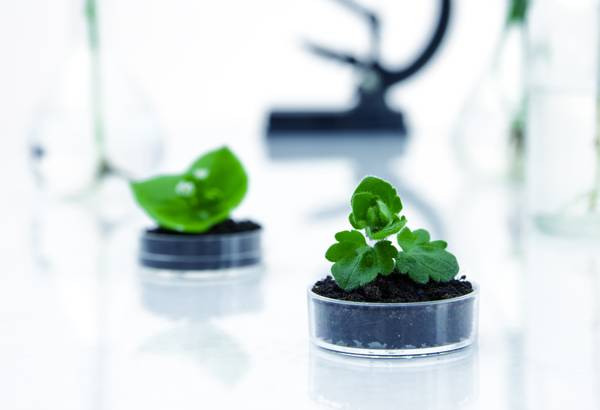 Biotechnology can be used to improve the nutritional value of foods. This is indeed an application of great potential. Along with the improvement in nutrition, a better taste can be imparted to foods by engineering them genetically. This requires the use of biotechnology to slow down the process of food spoilage. It can result in the production of fruits and vegetables that have a longer shelf life. Perishability of foods can be reduced to a great extent, thus giving a boost to the agriculture and food industry. 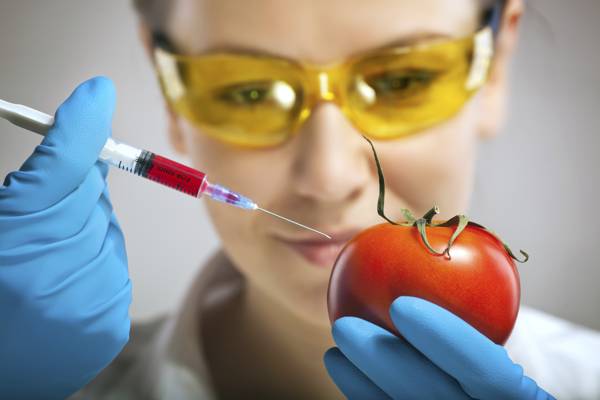 Tomatoes were the first food crop with an edible fruit where it was possible to insert genetic material in the cell’s chloroplast and chromoplast plastomes. They have been genetically engineered to study fruit ripening. Those with an antifreeze gene were developed to make them frost-tolerant. They were tested to improve their tolerance to cold and drought. They have been altered to develop resistance to bacterium Bacillus thuringiensis and to improve their nutrient profile and taste.

Recently, researchers have identified a plant gene called At-DBF2, which when transferred to tomato and tobacco cells, increases their endurance to harsh soil and climatic conditions. It is often seen that certain types of soils or climatic conditions in certain regions, are the reasons for less growth of the crops there. This limitation can be overcome by genes that impart a withstanding capacity to crops. Similarly, it is good if genetic engineering can reduce the dependability of crops on fertilizers. It can make the plants tolerant to herbicides and resistant to harmful insects and pests. 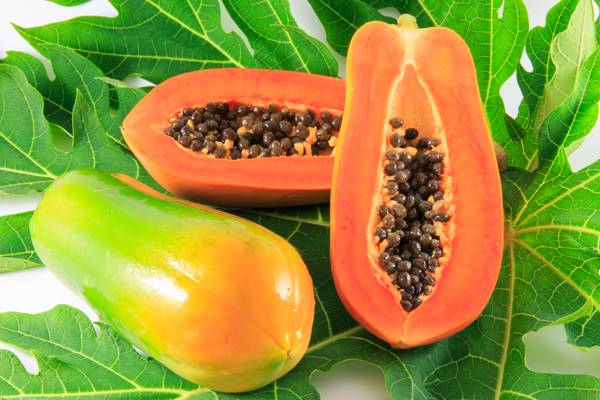 In 1999, the first virus-resistant papayas were commercially grown in Hawaii. The University of Hawaii started developing a papaya cultivar resistant to Papaya Ringspot virus. Viral genes encoding capsid proteins were transferred to the papaya genome. The proteins generate an immune response-like reaction, making the papaya immune or unsusceptible to the ringspot infection. Genetically modified papayas are approved for consumption in the USA and Canada, but not in the European Union.

Genetic engineering can be used to produce new substances such as proteins or other nutrients in food. Foods can be genetically modified to increase their medicinal value. Researchers see edible vaccines as a potential use of genetic engineering in food. This will give rise to homegrown vaccinations and easily available medicines. The costs incurred in their transportation and other costs involved will substantially reduce, leading to cost-effectiveness in medications. Corn has been engineered to produce pharmaceuticals. 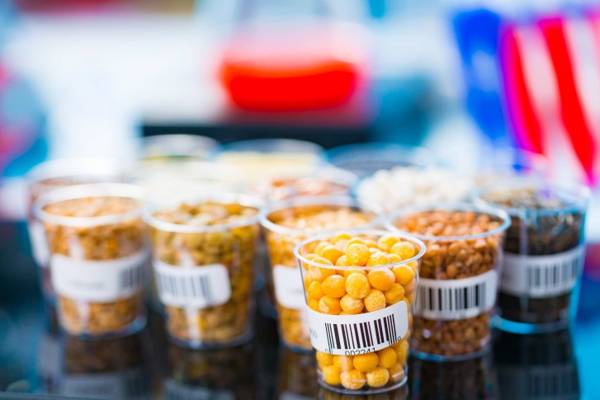 Certain corn strains are genetically engineered to introduce desirable traits in them. Cultivars resistant to glyphosate herbicides were brought into commercial use in Monsanto in the year 1996. This corn variety was called the Roundup Ready Corn. Liberty Link corn variety, resistant to glufosinate was developed by Bayer CropScience.

Maize has been genetically modified to express proteins from the bacteria Bacillus thuringiensis, which is poisonous to certain insect pests. This corn variant is known as Bt corn. Lately, corn varieties resistant to ear worms and root worms have been developed. In 2013, drought tolerance was introduced into corn. These corn hybrids were known as DroughtGard and were produced in Monsanto. 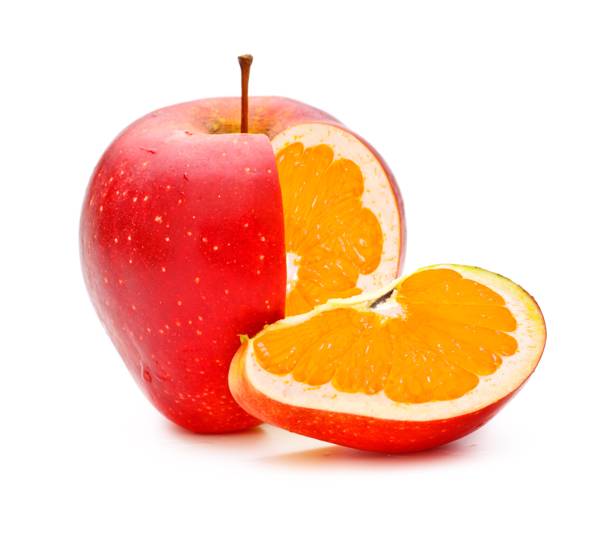 You may come across images like these, but the cross of apples with oranges is not a reality. Oranges cannot cross produce with apples as the two belong to different species. Their crossing would require gene splicing, which is difficult. Heard of the phrase ‘mixing apples and oranges’? Idiomatically, it means mixing two totally different things. And scientifically speaking too, apples and oranges cannot be genetically combined.

The darker side of genetic engineering in food is that the processes involve the use of herbicides and contamination of genes in crops. Horizontal gene transfer and recombination can give rise to new pathogens. It may introduce virulency among pathogens. If certain resistance genes spread in the harmful bacteria themselves, we may waste our defenses to diseases. By genetically engineering food, we are in a way ignoring the possibility that transgenic life forms could be harmful.

Genetically engineered crops may supersede natural weeds. Genetic engineering in food may prove to be dangerous to other weeds and natural organisms. The self-replication of genetically modified life forms might render us helpless in controlling their production and growth.

If not done with great care, genetic engineering can have negative side effects on food. It can lead to undesirable mutations in genes. It may produce allergies in crops. Moreover, in case of genetically modified seeds, all of them are identical in their genetic structure. This might cause a widespread failure of a crop due to a pest attack. Some argue that in refining the appearance and taste of food, its nutritional value may be compromised.

This makes us realize that the seemingly rosy picture of genetic engineering in food may prove to be thorny too. Genetic engineering should be used with responsibility. High standards should be exercised to ensure safety in the genetically engineered foods. The bottom line is that before we introduce genetic alterations in food, we should have a clear understanding of their dangers. Failing to understand the negative aspects of genetic modification of foods, may pose a risk to our health and safety.