Examples That Help Understand the Meaning of Gametic Isolation 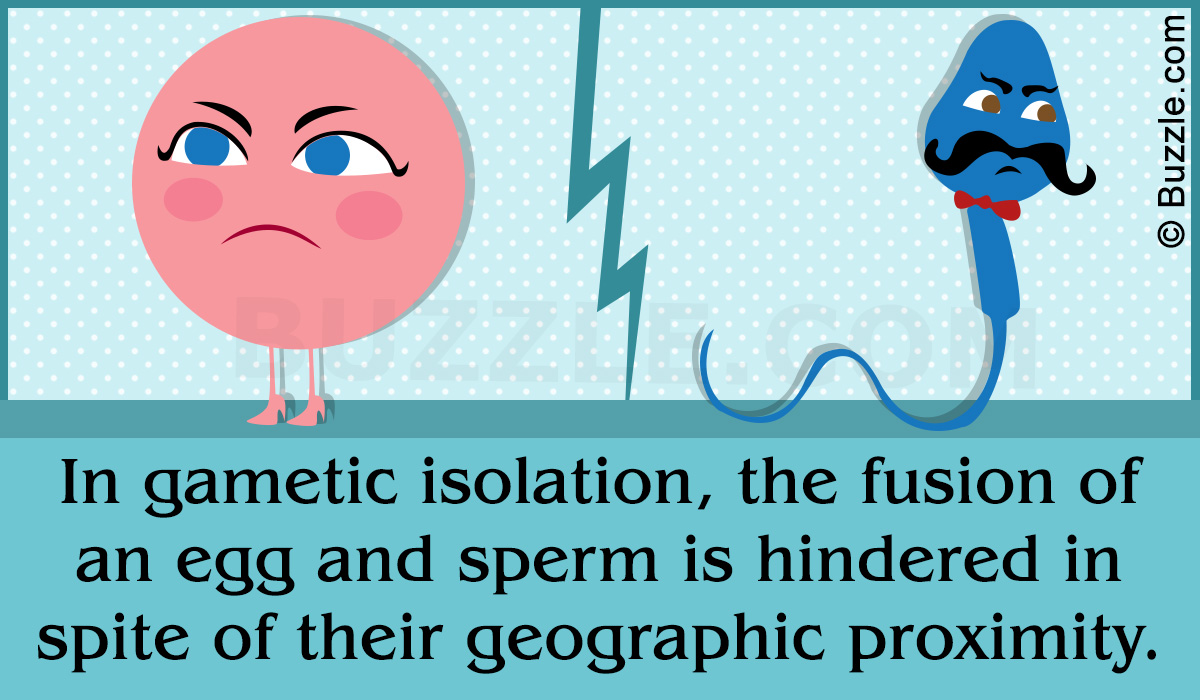 A prezygotic barrier to reproduction, gametic isolation prevents fertilization, as the sperm cells of a species can’t unite with the eggs of a different species. We will help you understand how this type of isolation works, by putting forth some examples of the same.

Speciation occurs when the population of a single species splits into two, such that the two newly formed groups cease sharing the same gene pool. The said split can occur as a result of many things; reproductive isolation being one of them. Interestingly, reproductive isolation doesn’t just help in speciation, but also maintains the integrity of a species by preventing interbreeding and resultant production of hybrid species.

Gametic isolation is a mechanism of reproductive isolation which inhibits mating between two distinct species, by ensuring that their gametes don’t interact with each other. This incompatibility of gametes prevents the formation of inter-species hybrids, and maintains the integrity of the species.

How Does it Work?

When it comes to sexual reproduction, the sperm cell (male gamete) is fused with an egg or ovum (female gamete) to form a zygote―the earliest developmental stage of the embryo. For the zygote to form, the sperm cell and egg have to be compatible. If they are not, then fertilization will not occur, which, in turn, will inhibit the formation of the zygote. If the sperm cell of a particular species comes in contact with an egg of a different species, it will simply fail to penetrate the egg as a result of its chemical makeup. Thus, the fusion of the sperm and egg will not happen, and that, in turn, will prevent hybridization.

Gametic reproductive isolation is especially seen in species that reproduce externally, primarily marine species and species of flowering plants. In most marine species, for instance, females just release their eggs into the water, in what is known as broadcast spawning, while the males follow with their sperm cells. At times, the sperm cells are simply carried around in the water, as a result of which they come in contact with eggs of other species. In such a scenario, the chances of their fusion to form hybrids cannot be ruled out. It’s here that gametic isolation kicks in and prevents the same.

In the Caribbean sea, several sympatric coral species release their gametes at the same time, and yet, the occurrence of hybridization is as good as rare; courtesy, gametic isolation.

In plants, the pollen that is released by a particular species may come in contact with the stigma of a foreign species, but the chances of it germinating range between rare to none. Similarly, there are cases wherein the pollen tube itself may fail to develop and hinder fertilization.

At times, one can get confused as to whether gametic isolation is a prezygotic or postzygotic barrier. In the event of such confusion, what needs to be kept in mind is the fact that mating in the case of gametic isolation is unsuccessful, as the sperm cell fails to reach the egg.