Mitochondrial DNA or mtDNA is the deoxyribonucleic acid present in the mitochondria organelles. This DNA was discovered by Margit and Sylvan Nass via electron microscopy. The discovery enabled an understanding about the role it plays to convert food energy into usable cell energy.

Mitochondrial DNA or mtDNA is the deoxyribonucleic acid present in the mitochondria organelles. This DNA was discovered by Margit and Sylvan Nass via electron microscopy. The discovery enabled an understanding about the role it plays to convert food energy into usable cell energy.

Deoxyribonucleic acid contains genetic strands or instructions that are used in the process of human development. The strands comprise two polymers of nucleotides. These are basically made of phosphate groups and sugars. They are connected via ester bonds. Each sugar has four base molecules and the sequence of four bases encodes genetic information. Genealogy research involves genetic coding of the DNA strands, to study the sequence of proteins and amino acids. DNA is organized into chromosome structures that get duplicated via replication.

A mitochondrion refers to an organelle enclosed in a membrane, which is found in eukaryotic cells, within animals, plants, etc. These organelles are not more than 10 micrometers in diameter. Mitochondria, the plural of mitochondrion, are the cellular power plants. Their main function is to supply the cells with ATP or adenosine triphosphate, a source of chemical energy. They also help in a number of cell related processes, like differentiation, signaling, and death. They control cell cycle and growth and are implicated in a number of human diseases and disorders.

Mitochondrial DNA is sensitive. These strands are present in the ratio of 1 mitochondrion: 2-10 Mitochondrial DNA (mtDNA) . Humans inherit them maternally. The involved mechanisms include dilution of sperm mtDNA within the fertilized egg. The uniparental mtDNA pattern is found in most animals and plants. The strands are susceptible to oxygen-reactive species and comprises proteins with significant DNA repair capacity. They are susceptible to oxidative damage. The mtDNA mutations cause inherited diseases and aid the process of aging.

There are anything between 100 and 10,000 copies of mtDNA present per human cell! This genetic material is rearranged via recombination and remains unchanged, when passed on from parent to offspring. The mtDNA helps track ancestry back to hundreds of generations. It is compared in forensic science, to identify corpses and skeletal remains that are unidentified. The strands are used in combination with anthropological and circumstantial evidence to establish possible matches between the unidentified remains and missing persons.

The mtDNA facilitates the assessment of genetic relationships between individuals and quantifying evolutionary relationship. Dedicated mtDNA data helps biologists to construct a relationship network among various sequences. The sequences become larger, with evidence of a distant or non-existent relationship between species. It is highly susceptible to somatic or non-inherited mutation. These occur within the DNA of some cells and are not passed down generations. Classic somatic mutations in mtDNA are seen in cancer of the colon, breast, liver, and stomach and even leukemia and lymphoma.

Mitochondrial DNA is not able to completely repair itself and hence, this leads to additional somatic mutations. When building blocks or nucleotides are altered, the energy producing ability of mitochondria is reduced and this leaves the immune system fighting infection with little or no help from these strands. The DNA strands are very important to biologists and forensic experts when attempting to establish vital relationships between people. It is being explored to answer the common questions that have plagued man for centuries on the possible evolutionary routes and possible age-reversing. Within the human body, these essential building blocks back-up and strengthen the immune system to keep a number of ailments at bay. 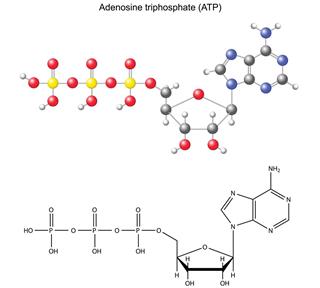 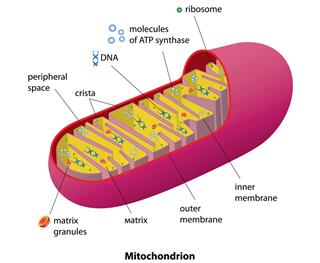