Euglena is a genus of unicellular organisms that reproduce by binary fission. Read on to find out more about the process. 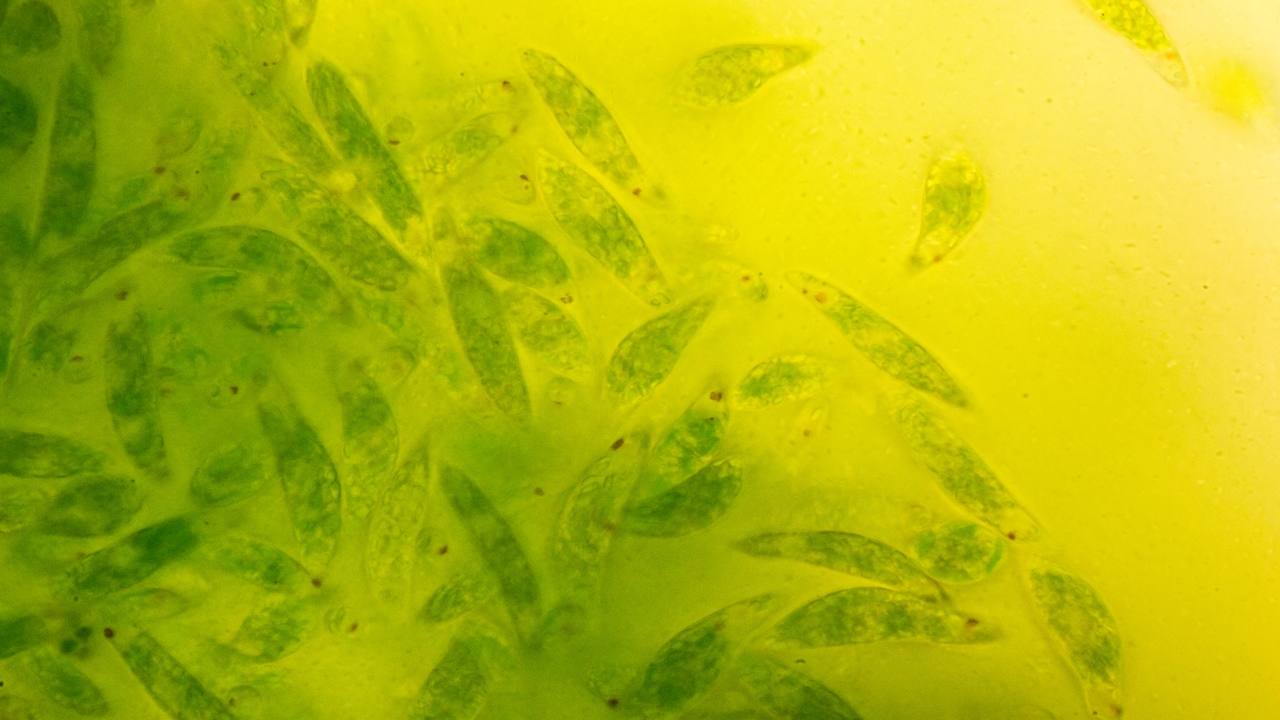 Euglena is a genus of unicellular organisms that reproduce by binary fission. Read on to find out more about the process.

Euglena is a genus of protists, i.e., they are neither plants nor animals, but belong in a third ‘kingdom’, Protista. They synthesize their own food in the form of sugars, like plants, but also feed on plants, like animals. This posed a problem for taxonomists at the time of its discovery, since the Protista kingdom had not been established at the time. In fact, it was the discovery of euglinoids and other such organisms that led to the establishment of the Protista Kingdom (although euglenoids are now listed under the Excavata Kingdom). Euglinoids are part of the Euglinozoia phylum, which contains about 44 genera and more than 800 species.

The most important part of binary fission is the division of the nucleus (genetic material), which occurs through a process called mitosis. Mitosis consists of four stages. During the interphase, which takes up more than 90% of the cell’s life cycle, the cell grows and stores nutrients, preparing itself for the eventual division. Interphase is not technically a part of mitosis, but is the time spent preparing for  mitosis.

Then come the actual four stages of mitosis, prophase, metaphase, anaphase, and telophase.

Via these stages, the nucleus is duplicated, and both nuclei are temporarily housed in the same cell.

Duplicate of the cell starting to separate

Through cytokinesis, the rest of the cell is duplicated and separated, resulting in two identical (albeit a bit smaller than the mother cell) daughter euglinoids, containing the two nuclei and roughly the same percentage of other organelles (‘organs’ of a cell).

As the daughter cells grow, the optimum number of various organelles is achieved. Eventually the daughter cells go through the same process themselves, preparing for the division for 90% of their lives, and after the interphase, undergoing binary fission to produce their own daughter euglinoids.