A Brief Understanding of Euglena Movement 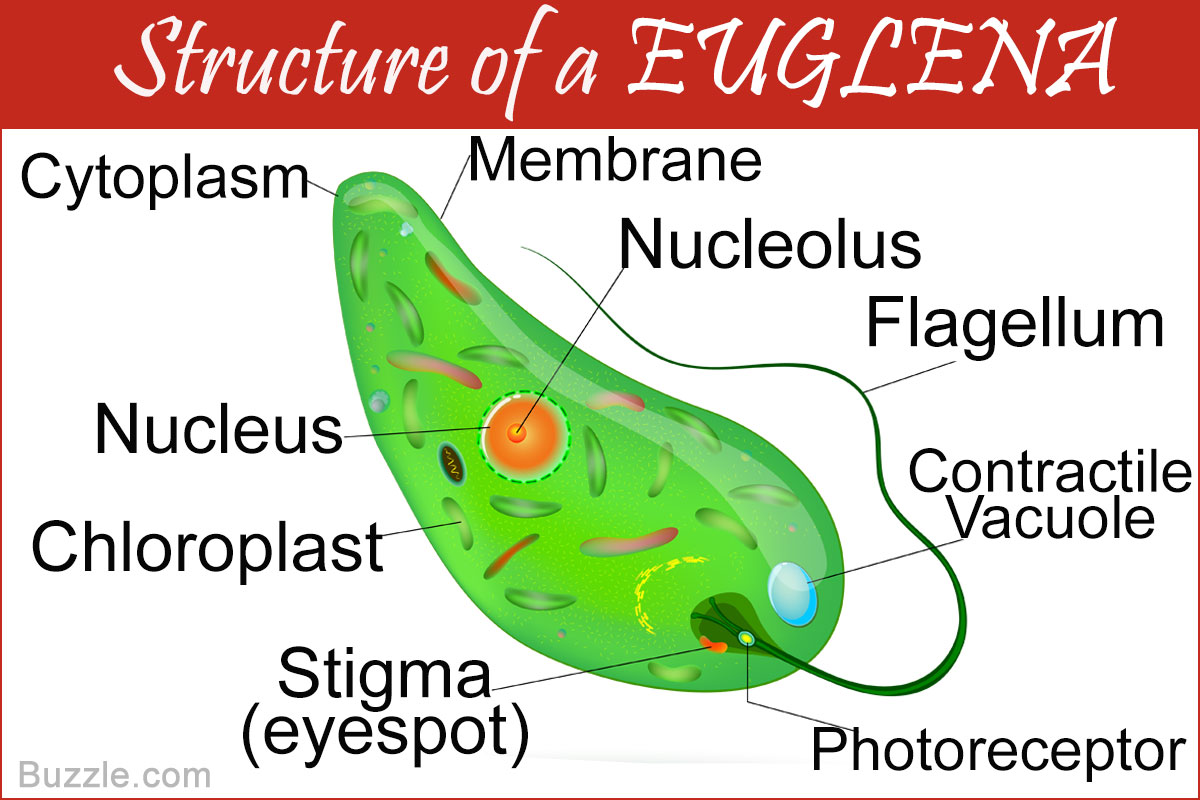 Locomotion and movement is one of the most interesting features of this unique organism. Read on to enrich your knowledge on the movement and various other important aspects of Euglena. 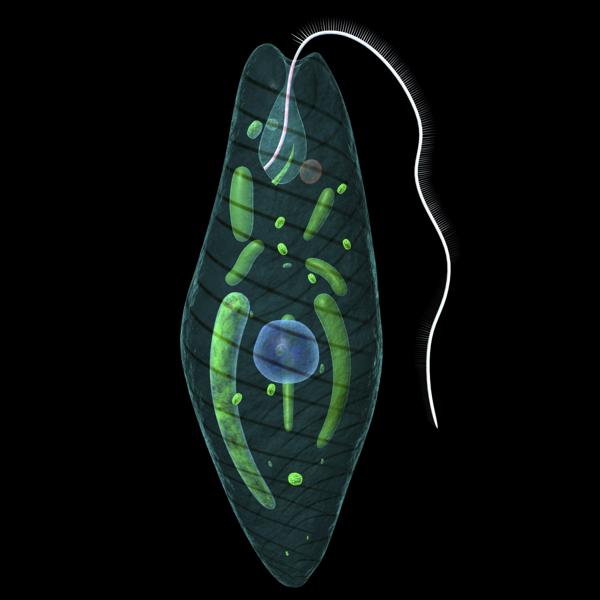 Euglena is a genus of single-celled organisms that are found in freshwater―a pond, a swimming pool, or even a quiet puddle. it can be identified by its oval/elliptical body structure,which has a rounded anterior and a straighter posterior. It has dual characteristics, of plants and animals. It’s similar to a plant as it can prepare its own food by photosynthesis. On the other hand, the quality that makes it similar to animals is its movement and ability to catch food heterotrophically.

The scientific classification of Euglena is as follows:

Facts about a Euglena

The unicellular body of Euglena is bright green in color. This is because of the presence of fine rod-like structures in it, which are the chloroplasts. However, the cellular structure of Euglena is quite different from that of plant cells, as euglinoids don’t have a cell wall made of cellulose. Rather, there is a stiff pellicle on the outer part of the cell membrane. It helps it maintain its elliptical shape.

A distinctive quality of Euglena is that it is both autotrophic as well as heterotrophic in nature. If sufficient amount of sunlight is available, then its chloroplasts absorb sunlight and synthesize food via the photosynthetic method. When production of food is not possible due to unavailability of sunlight, they consume other microorganisms like amoeba, paramecium, and other organic matter present in the water.

Euglena can suck up so much water through osmosis that it can burst. Such a consequence is prevented due to presence of a special organelle known as contractile vacuole. It is a star-shaped structure at the rear portion of the cell. It helps in excreting excess water and waste matter from the body of the Euglena. 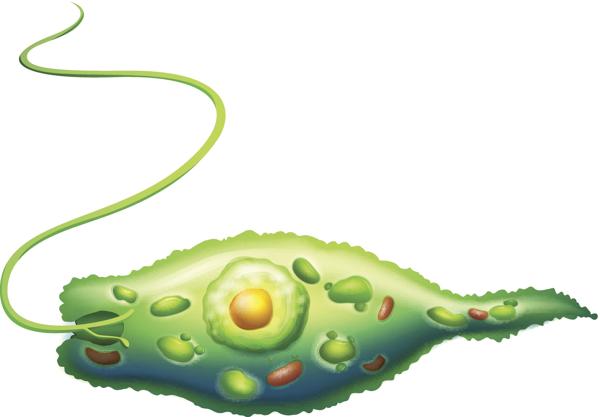 Reproduction of a Euglena occurs by the process of mitosis. The cell gets divided into two halves, and two single-celled organisms are produced. The ideal condition required for reproduction are warm atmospheric temperature and sufficient food for the organism. 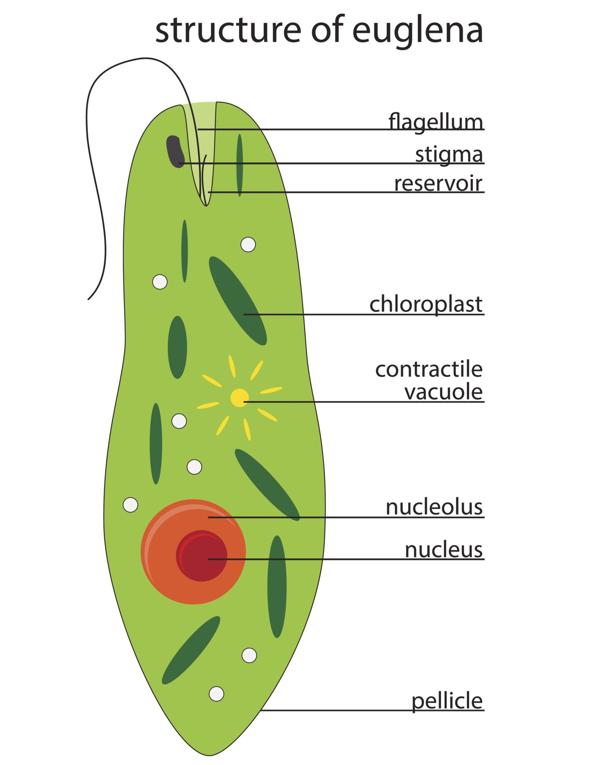 Euglena move from one place to another like an animal. When they manufacture their own food, they have to move to such an area where they can receive required amount of sunlight. There are two features on its body that facilitate in its movement. The most important is the flagellum, which is a long whip-like appendage attached to the body. It turns and twists in the water in order to push the body through the water. The other physical feature that plays a vital role in giving a sense of direction to its movement is the eyespot, also located at the anterior of its body. It is a light-sensitive, pigmented organelle which is capable of detecting sunlight. Thus, it orients the movement towards the direction of light, where they can collect sunlight required for making food.

The ability to move plays a significant role in vital life processes of Euglena, such as the synthesis of food. Unless and until it moves towards a sunlit area, photosynthesis cannot even start. If you are curious to check out the black colored flagellum and red colored eye-spot on Euglena, then you have to see them under microscope. Like all other unicellular organisms, its size is so small that it is not visible to the naked eye.