Enrich Your Mind With These Mindblowing Euglena Facts

Euglena are the single-celled-organisms found in both fresh and salt waters, where they flourish in numbers sufficient to color the top portion of these water bodies. The upcoming passages are sure to enrich your knowledge about this unique flagellate organism.

Home / Uncategorized / Enrich Your Mind With These Mindblowing Euglena Facts 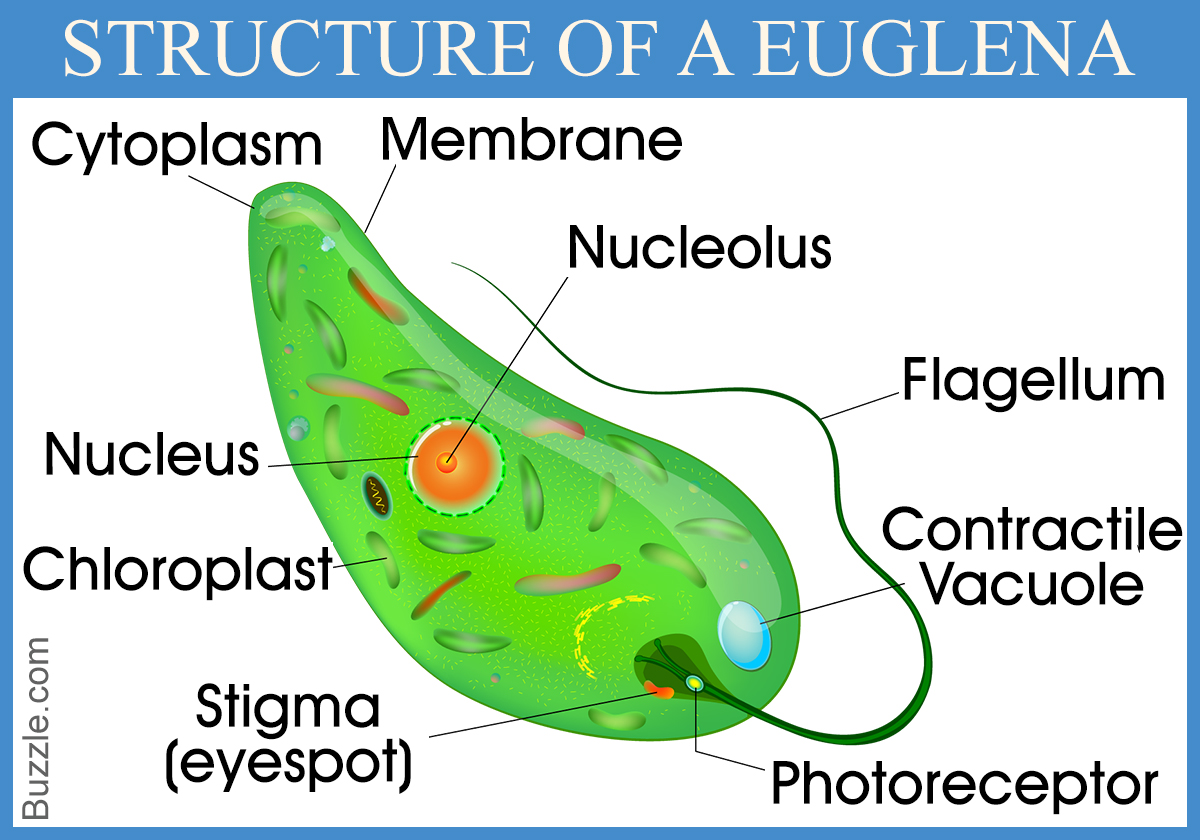 Euglena are the single-celled-organisms found in both fresh and salt waters, where they flourish in numbers sufficient to color the top portion of these water bodies. The upcoming passages are sure to enrich your knowledge about this unique flagellate organism.

Euglena is a unicellular, eukaryotic organism. It belongs to the Kingdom Protista, and is the most widely studied member of the phylum Euglenophyta/Euglenozoa. It is found in freshwater sources like a quiet puddle or pond and can even be found in a swimming pool. Several species can produce breathing vesicles that prevent them from drying. It essentially serves as a source of food for marine critters and fish. It can be described as a type of protozoa having mixed characteristics of both plants and animals. It is similar to plants because it can prepare its own food by photosynthesis.

Its resemblance with animals lies in the fact that it can move around from one place to another and can eat food like animals by heterotrophy. It surrounds a food particle and consumes it by phagocytosis when acting as a heterotroph. It is known to have three modes of nutrition. The first is the holozoic mode which involves the intake of solid visible food. The second is the saprozoic mode which involves ingesting food in soluble form. The last is the holophytic form in which, using photosynthesis, a protozoan is able to synthesize complex organic compounds. The Kingdom Protista also consists of other life forms such as amoeba and paramecium.

This single-celled-organism has a number of organelles to carry out various important bodily functions. Besides this, it has other biological features which make it a distinctive creature.

After reading all these interesting facts, you must be excited to see these creatures for yourself. However, they are so tiny that they cannot be seen with the naked eye. You have to use a microscope in order to see them closely. When millions of them gather in one place on the surface of a pond, they look like a mat. This appears quite similar to algae. They help in maintaining a balance in the environment by taking in carbon dioxide and releasing oxygen. They contain a large amount of carotenoid pigment. So, if you find the water in a marshy area appearing a bit reddish, it is quite possible that it is due to the presence of Euglena.