Digestive System of an Earthworm

As a biology student, one needs to know about the earthworm's digestive system. If you are searching for some information on the same, to help you with your science homework, this article on earthworm digestive system would be helpful. 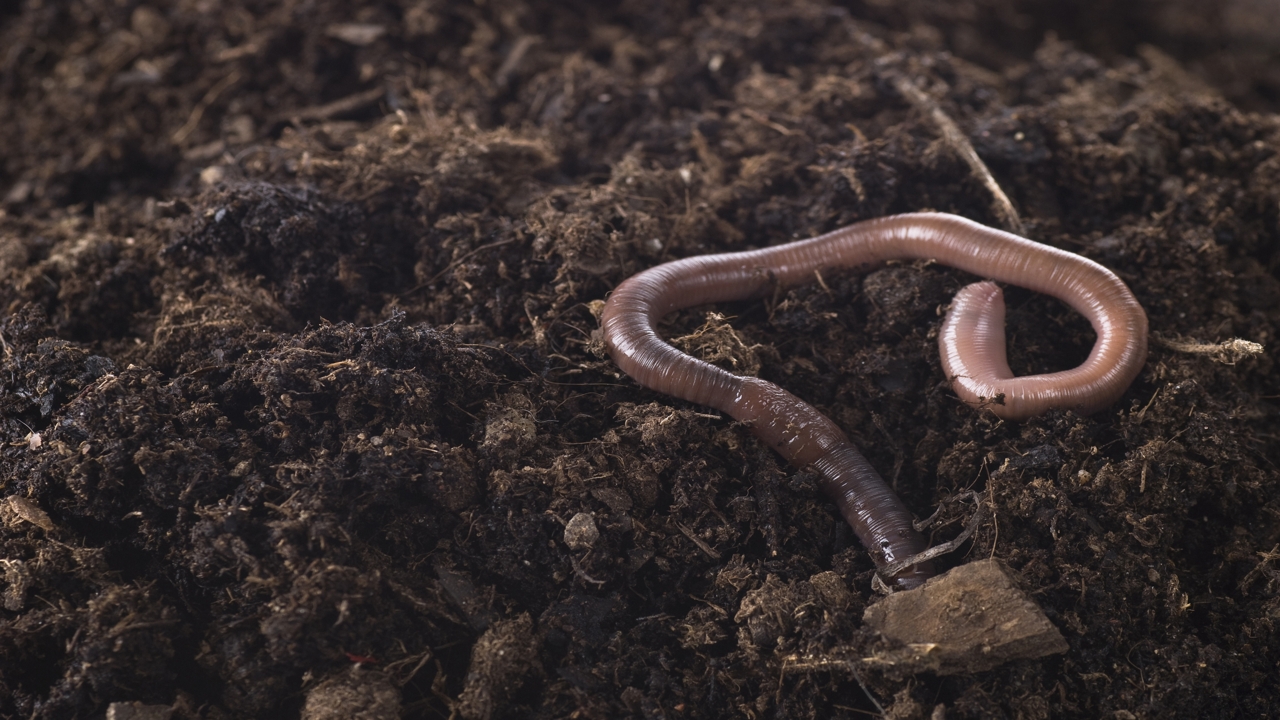 As a biology student, one needs to know about the earthworm’s digestive system. If you are searching for some information on the same, to help you with your science homework, this article on earthworm digestive system would be helpful.

The animal kingdom is broadly classified into two groups: non chordates (invertebrates) and chordates. Those animals that do not have a spinal cord or vertebral column are termed as non chordates, and those with a backbone on the dorsal side of the body are called chordates.

Earthworms are examples of non chordates, that live within burrows of composting, moist soil. Pheretima posthuma, the common species of earthworms, is usually given to kids for their biology experiments while studying the anatomy of an earthworm.

The earthworm biology basically consists of an elongated, cylindrical body that is metamerically segmented. A thin cuticle, epidermis and musculature makes up the body wall. The body cavity is a true coelom, as it is lined by the coelomic epithelium. There are four types of cells present in the coelomic fluid: phagocytes, mucocytes, round nucleated cells and the chloragogen cells.

The circulatory system of earthworm is closed type that is made up of blood vessels and capillaries that are fork out all over the body. The plasma and corpuscles make up the blood and it has multiple hearts. The earthworm is a hermaphrodite and reproduction is strictly sexual. The nephridia is distinguished into three types namely, pharyngeal, integumentary and the septal nephridia. The earthworm has a very well-developed nervous system that consist of a simple brain and nerve cord. In this article on earthworm digestive system we will understand the earthworm digestive system in order.

Digestive System in an Earthworm

An earthworm eats dead and decaying plant and animal matter and dirt present in the soil. Let us see the various organs of the earthworm’s digestive system in order:

Let us understand the working of the digestive system of an earthworm.

The earthworm’s digestive system is one of the most important system in the worm. The prostomium or mouth of an earthworm is made up of strong lips. The buccal cavity is made up of 2½ segments that is thin-walled and shaped like a pear. There are no jaws and teeth, and the earthworm sucks in the soil containing food with the muscular pharynx. The lips break the food into smaller pieces, and use tiny soil particles to grind the food into smaller bits. Once the food is ‘chewed’ in this manner, it travels down to the pharynx from the mouth.

The food is lubricated with the mucus secretions in the pharynx that helps it pass easily to the esophagus. The pharynx is made up of 1½ segments and there is cerebral ganglion present between the buccal cavity and pharynx. The lateral wall invaginates the salivary chamber present in the dorsal side, and there is a ventral conducting chamber. The pharynx saliva contains mucus and proteolytic enzyme that begins the digestion of proteins in the pharynx.

The food is then passed on to the esophagus that is present in the 5th to 7th segment. The esophagus is like a small tube that has calciferous glands. These glands release calcium carbonate that helps neutralizing the acids formed in the decayed food matter and remove excess of calcium from the earthworms body. The food then moves into the next chamber called the crop.

crop. The crop is where the food is stored till it can be moved to the next chamber, the gizzard. The food is mixed together in the crop and then passed to the gizzard for the actual process of digestion to begin.

The gizzard is like a strong muscular food processor. It is also called the proventriculus and is found in the 8th segment. There are powerful muscles in the gizzard that mix and churn the food to pulpy mass of food and dirt. The food is ground with the help of stones present in the gizzard. There are enzymes secreted from the walls of the gizzard that help in the digestion, that is, in the chemical breakdown of the organic matter ingested. The thick paste so formed is then pushed down into the intestine.

The intestine contains bacteria that help in further breakdown of the food. The bacteria act on the food releasing vitamins, proteins, carbohydrates and minerals in the worm’s body to help it survive. The intestinal tract is present from the 15th to 120th segment, that is, most of the worms length, and opens outside the body through the anus. The intestinal caeca present in 26th segment, secrete intestinal juice containing amylase, amylopsin, sucrase, maltase, chitinase, lipase and proteolytic enzymes. The digestion takes place in the pre-tryphlosolar part, that is present in the 15th to 26th segment. The waste matter or fecal matter is formed in the typhlosole part present from the 94th to 120th section.

The waste is thrown out of the body through the anus, and is deposited in a form called the worm cast. It is just ground up soil that is enriched, neutralized and revitalized, thus, making earthworm the best agent to carry out vermicomposting. The earthworm digestive system helps fertilize the soil and therefore making them ‘farmers best friends’.

Earthworms feed on large amounts of soil containing organic matter and loosen the soil, making it porous. This facilitates easy percolation of water and air into the soil and thus promotes plant growth. Their waste enriches and fertilizes the soil and therefore makes it more conducive for plant growth. Without earthworms, soil would not be able to sustain plant growth, thus affecting the crops, plants, grasses, trees and in turn the life in our planet. The next time you come across your wriggly friend, thank it for the major role that it plays in helping sustain life on Earth.