Dominant and Recessive Traits in Humans

Gene expression determines our phenotype. Some of these genes (dominant) mask the effect of others (recessive). This makes some physical characteristics more common in humans as they express invariably. This article will give you more information on such human traits.

Gene expression determines our phenotype. Some of these genes (dominant) mask the effect of others (recessive). This makes some physical characteristics more common in humans as they express invariably. This article will give you more information on such human traits. 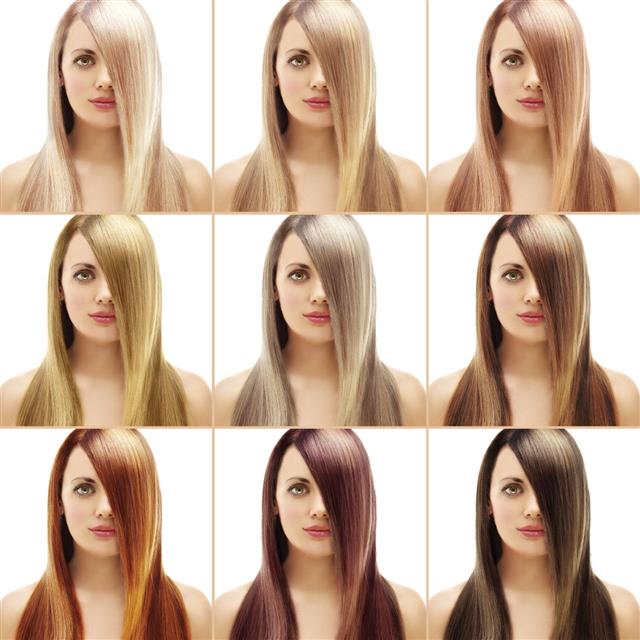 Human leukocyte antigen (HLA), that plays a crucial role in the immune response, is encoded by over 200 genes, having more than 300 alleles.

Envious of your mom’s dimples which she unquestionably passed on to your sibling? Are you the proud owner of a pimple-free face just like your grandmother, when your sister frets about her oily skin? So you know, the genes for blue eyes is in your family (your dad has got one!), and it’s not you who have inherited but his niece. Such varied physical features that you like or dislike are a result of not only the corresponding genes but their expressions too!

What are the Dominant and Recessive Traits?

One of the most important principles that governs life is inheritance of genes. They code for specific proteins that are responsible for various physical features. These features are what makes us look the way we do. Such features include our height, skin color, eye color, hair texture, etc. However, they do not just govern our outer appearance but other features like resistance to certain diseases, intolerance to certain chemicals, etc. There are two copies of each gene present in an individual’s body with the exception of eggs and sperms. These include one copy of the gene from the mother and one copy from the father. Thus, some of our physical traits are similar to our mother while some match with our father’s traits. These two or more variations or forms of genes are called alleles. The interaction between these alleles determines the expression of a gene. Dominant traits are those traits which are expressed even in the presence of one copy of an allele for a particular trait in the gene. However, recessive traits are those that are expressed only when two copies of an allele are present in the gene.

In the same example, if we consider a father who is tall with genes “TT” and a mother who is dwarf with genes “tt”, then their progenies will have tall heights with genes “Tt”. It can be deduced from the following table:

These are those traits that are governed by a single gene, having two alleles. Therefore, it will result in any of the two forms, with no intermediate results. These are also called the Mendelian inheritance as they follow the inheritance pattern as observed by Mendel in his inheritance experiments. Some of these traits are listed below:

Other factors like co-dominance and incomplete dominance also affect the expression of certain traits.

Co-dominance is the phenomenon wherein both the dominant and recessive allele expresses themselves in the same individual. A classic example of such an occurrence is the human blood group. There are 3 alleles for human blood groups, IA, IB and IO. These alleles result in four blood groups- A, B, AB, and O. An individual carrying IA and IB alleles, will have AB blood group. Here both the alleles will express without masking each other’s effects. In other words, both A and B co-dominates to give AB blood group (the body will produce both A and B antigens). It is important to understand that alleles IA and IB are dominant over IO. An individual having allele IA and IO will express blood group A. In a similar fashion, a person carrying IB and IO alleles will express blood group B.

Incomplete Dominance is the phenomenon which is exhibited when the dominant and recessive alleles blend to give a particular phenotype. The result is always an intermediate between the two alleles. An example of incomplete dominance in humans is that of wavy hair. A cross between straight hair genes (homogeneous, SS) and curly hair genes (homogeneous, ss) will result in wavy hair (heterogeneous, Ss). Note that in case of straight hair heterogeneous genes, Ss, the result will vary.

Other examples of incomplete dominance are:

As the name suggests, these are those features whose expressions are controlled by more than one gene. Since multiple genes are responsible for a phenotypic character, there will be more than two variations of the character. Some of these traits are listed below:

X-linked Recessive Traits
Human males have one X and one Y chromosome, that is, only single X chromosome. Human females have two X chromosomes. Hence, a recessive allele coding for a particular trait present on the X chromosome of the mother will be inherited by the son (provided the same X chromosome is inherited). This is because the male child has only one copy of X chromosome (that comes from the mother) and cannot mask its effect. Some examples of this phenomenon are:

X-linked Dominant Traits
These traits will make a female child carrier of the dominant allele present on the X chromosome (inherited from the father). Also, the male child of the same mother will inherit the trait governed by the dominant allele. Few examples of such traits are:

Every physical, emotional, mental, and health trait exhibited by an individual is all due to gene expression. Whether one wants or not, genes are inherited by default. One can never know what traits a baby will inherit from which parent. The genes contain the secret of life, that is unraveled only after a baby is born. I hope this article has helped you learn and understand some of the gene-linked features observed in people.