Differences and Similarities Between Stolons and Rhizomes

Stolons and rhizomes are integral parts of a plant that allow it to spread and reproduce. The former is slender and long, while the latter is thick and short.

Home / Uncategorized / Differences and Similarities Between Stolons and Rhizomes 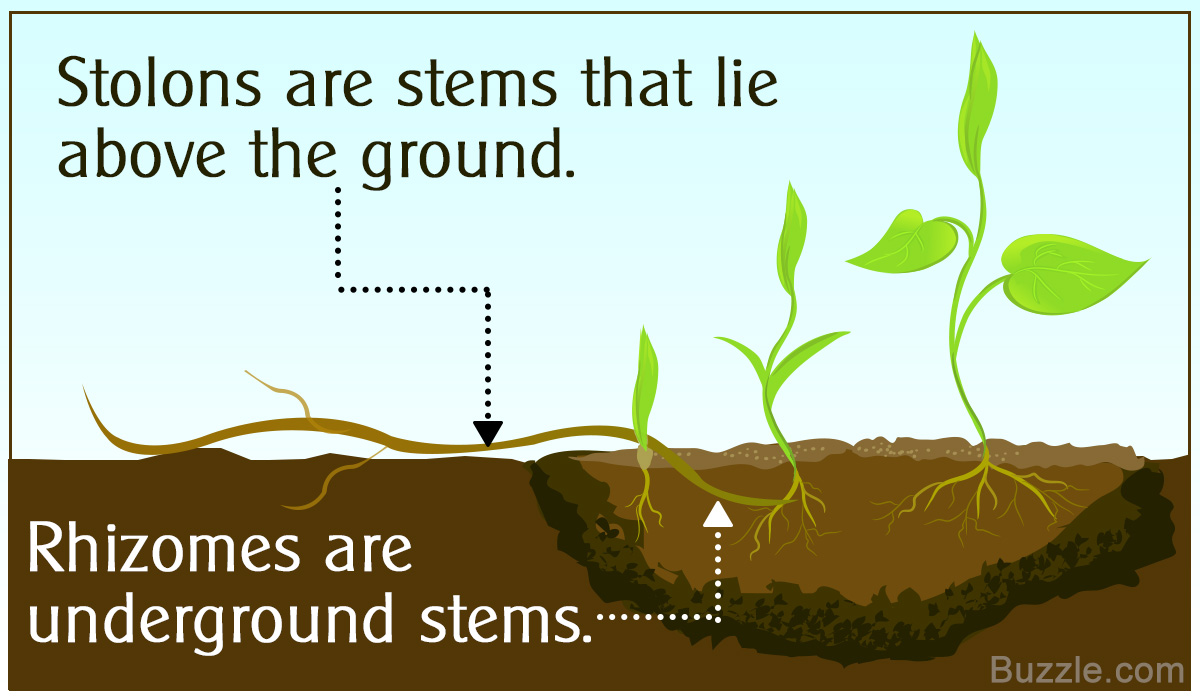 Stolons and rhizomes are integral parts of a plant that allow it to spread and reproduce. The former is slender and long, while the latter is thick and short.

In plants, stolons are often referred to as runners as they creep above the ground and ‘run’ horizontally over the top of the soil.

When talking about the different parts of the plant, we do not forget to mention root, stem, flower, fruit, and the leaf. However, surprisingly, parts like stolons and rhizomes are conveniently ignored, although they play a crucial role in the asexual production of plants. They are an integral part of the stem of the plant and have similar functions.

Stolons and rhizomes move away from the main plant, and primarily help in reproducing the plant at some other site. This is how plants propagate and reproduce asexually. Also, both are used for food storage, which promotes natural vegetative reproduction. The nutrients that are absorbed by the root are passed down to stolons and rhizomes.

Although stolons and rhizomes exhibit similar functions, they are different structures of the plant. The differences between the two are discussed below: 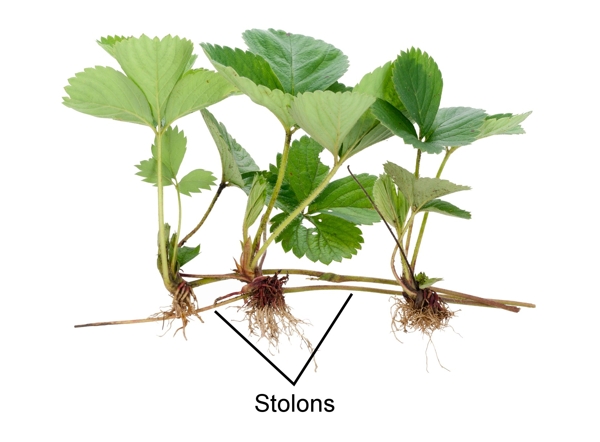 Stolons
♦ Stolons are offshoots of the existing stem of the plant. They may not necessarily emerge from the main stem. They may look like the main stem but unlike the main stem, they grow horizontally. Stolons bear nodes and internodes from where roots emerge, giving rise to a new plant, which is often referred to as daughter plant. The spider plant as well as the strawberry plant often shows stolons running parallel to the ground. 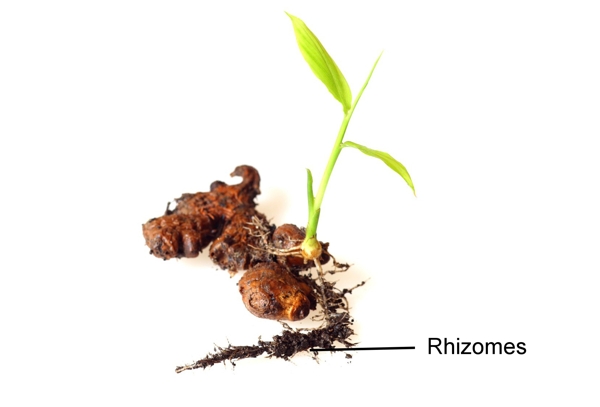 Rhizomes
♦ Rhizomes are the main stem of the plant and grow sideways. Rhizomes also show nodes and internodes along its length that send out roots and new shoots from the node. Plant such as ginger, Chinese lantern, poison-oak, and bamboo as well as weeds, like bermuda grass and purple nut sledge, have underground rhizomes.

Where do they lie?

Stolons
♦ After branching out of the stem, stolons usually emerge from the ground and run parallel to the soil surface. Many times, they run several inches above the ground.

Rhizomes
♦ In most cases, rhizomes grow below the ground, hence are often referred to as underground stems.

Stolons
♦ Unlike rhizomes, stolons are usually not fleshy and appear slender.

Rhizomes
♦ Rhizomes are usually thicker, fatter and bulkier than stolons.

Stolons
♦ Stolons are longer and appear depressed. They are elongated branches of the existing stem of the plant.

Rhizomes
♦ Rhizomes are fleshy but shorter than stolons.

Stolons
♦ Although both stolons and rhizomes have internodes, the former exhibit longer internodes.

Stolons
♦ Since stolons are thin and narrow, their storage capacity is comparatively less.

Rhizomes
♦ Since rhizome are thicker, they tend to have greater storage capacity.

Stolons
♦ Stolons are long, spread at a faster rate and cover a larger area, hence are efficient at rapidly increasing vegetative expansion.

Rhizomes
♦ Since rhizomes are short and grow at a slower rate, they tend to have less potential in promoting rapid vegetative expansion.