The Basic Difference Between Horizontal and Vertical Gene Transfer

Gene transfer refers to the transfer of DNA containing functional genes between any two organisms. This exchange occurs naturally as well as artificially, and is of two types - horizontal and vertical. These types are discussed and differentiated in the following BiologyWise article. 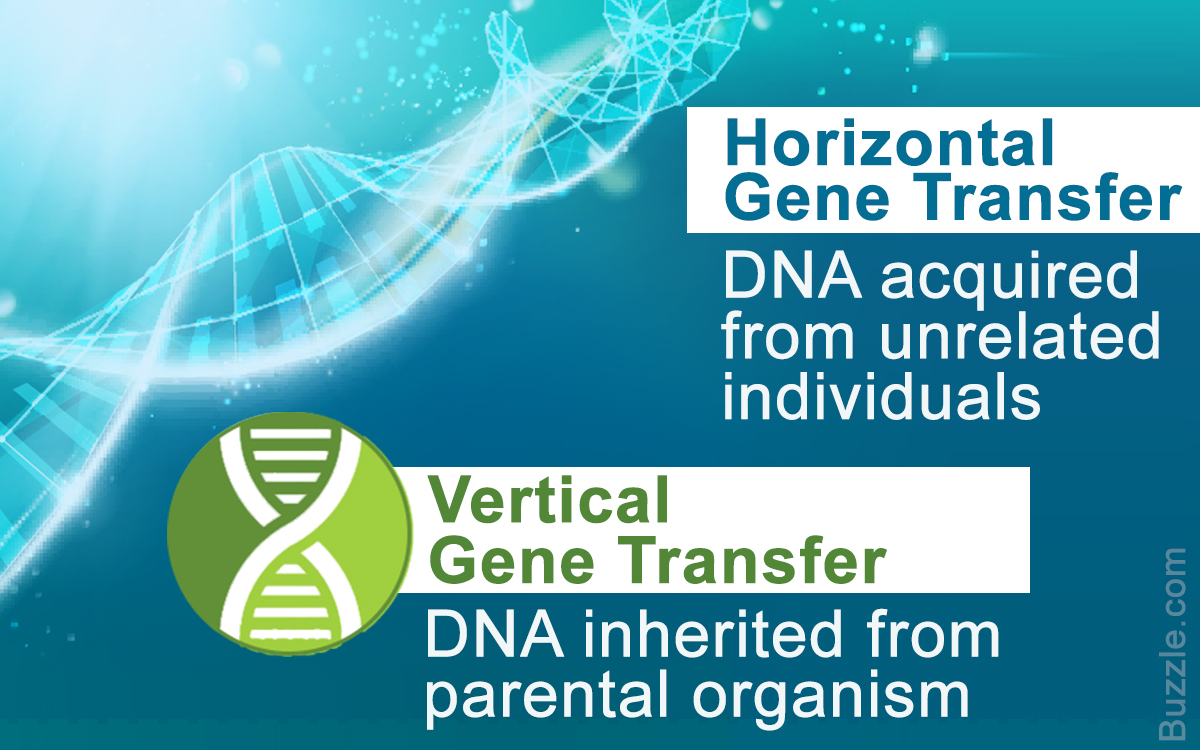 Gene transfer refers to the transfer of DNA containing functional genes between any two organisms. This exchange occurs naturally as well as artificially, and is of two types – horizontal and vertical. These types are discussed and differentiated in the following BiologyWise article.

The process of gene transfer forms the basis for the development of gene therapy, which is emerging as an important tool in overcoming congenital genetic defects in organisms.

Gene transfer is defined as the introduction of genetic material into a living cell in order to induce and achieve synthesis of a desired gene product. It occurs by the conveyance of a DNA from a donor cell to a recipient cell. Once the genetic material is received, it is incorporated into the genome of the recipient cell, thereby, producing a recombine cell. The primary purpose of such a transfer is to impart the recipient cell with additional qualities and abilities that will aid its adaptability and survival.

DNA can be passed between the cells in various ways that are divided into two major categories―horizontal and vertical mode of transfer. The terms horizontal and vertical refers to the generation of the cells involved, i.e., when a gene is transferred between individuals of unrelated generations, it is said to be a horizontal transfer; and when the gene is passed on from parental organism to its own progeny, it is said to be vertical.

Horizontal Gene Transfer
► Pea aphids (Acyrthosiphon pisum) contain multiple genes that have been inherited from fungi, including those responsible for the synthesis of torulene

Vertical Gene Transfer
► Division of cells by mitosis and meiosis

► Faster method of gaining a gene as compared to evolutionary development of a gene.

► New metabolic pathways can be acquired.

► Can be used to replace damaged and defunct genes (gene therapy).

► The new gene may be non-functional, hence, increasing quantity of junk DNA.

► It could be a transposable element, hence, be unstable.

► New genetic material could be from a viral particle or from a parasite, thereby, proving to be harmful.

Both types of gene transfer methods are used in in-vitro studies in research laboratories to better understand gene function and its role in the development of an organism.