Darwin's theory of natural selection states that nature selects organisms that have features favorable for their survival, while eliminating inferior species. Natural selection is a key to the origin of new species from the existing ones. The following article provides information about this theory.

Darwin’s theory of natural selection states that nature selects organisms that have features favorable for their survival, while eliminating inferior species. Natural selection is a key to the origin of new species from the existing ones. The following article provides information about this theory. 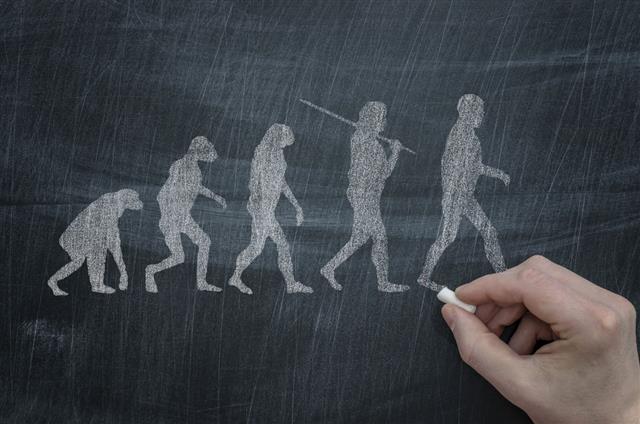 Darwin’s theory of natural selection is an important landmark in the evolutionary process and the origin of species. Prior to Charles Darwin, there were many scientists who claimed that a species is evolved from another species or ancestor. However, in those times there were no scientific evidence to prove the concept of evolution. It was in the 19th century that Charles Darwin put forth the theory of Natural Selection that is widely accepted by scientists and the general public.

Charles Darwin conducted extensive research on plants and animals in order to study the process of evolution. It was his study on birds in the Galápagos Islands (eastern Pacific Ocean) that made him realize the basic concept of evolution. He noticed that birds inhabiting different islands had slight difference in their features. In the study, he identified varied species of Finches that differed in their beak shape and size. This difference in the beak was related to the foods available in that particular region. Contrary to this, he observed only one species of Finches in South America. He assumed that the Galápagos species might have evolved from the species found in South America.

According to him, the original species of Finches, after arriving at the islands were dispersed in varied environmental conditions. In due course of time, the anatomy of the birds were modified naturally as an adaptation to the prevailing conditions. In simpler terms, they were modified for better access to food, thus increasing their survival rate for reproduction. For example, a species that possessed beak was best-suited for consuming thorny plants and had better chances of surviving in the arid areas than others. This particular bird survived and reproduced, while those that could not adapt to the environment, died. This modification or adaptive feature might have developed after many generations.

As the birds were anatomically different from each other, they were reproductively isolated, thus giving rise to separate species. In this way, a new species of Finches evolved from the original one. Applying the concept of evolution to every living thing, Darwin claimed that individuals belonging to the same species showed some sort of variation between them. Those individuals who possess features that are favorable for living, survive and reproduce, thus passing the genetic material from one generation to another. Eventually, after many generations, the genetic traits or features become more common. Thus, a population evolves which consists of only the favorable traits.

Natural selection can be explained in the same way as the breeding procedure practiced by human breeders for domestic animals. In case of cattle breeding, the best productive cows are used for breeding. This process gradually discards the undesirable traits. Similarly, natural selection excludes inferior species over a period of time, while favoring superior adaptable species.

Darwin’s concept of evolution is totally different from Lamarck’s theory of organic evolution (1801). In Darwin’s Theory, he stated that nature only selects those organisms that are best-suited to that particular environmental condition; whereas Lamarck’s theory states that it is the environment that brings changes in organisms. Natural selection is an important aspect in the process of evolution. It helps in accumulating and preserving beneficial mutations that increase an organisms chance of survival.