Absorbing Facts About Chloroplast You May Not Have Known Before

Have you ever wondered why it is only plants that are able to synthesize their own food and not animals? Well, this is because the plant cell has chloroplasts, the organelles that carry out the process of photosynthesis, while animal cells do not. Here are some interesting chloroplast facts... 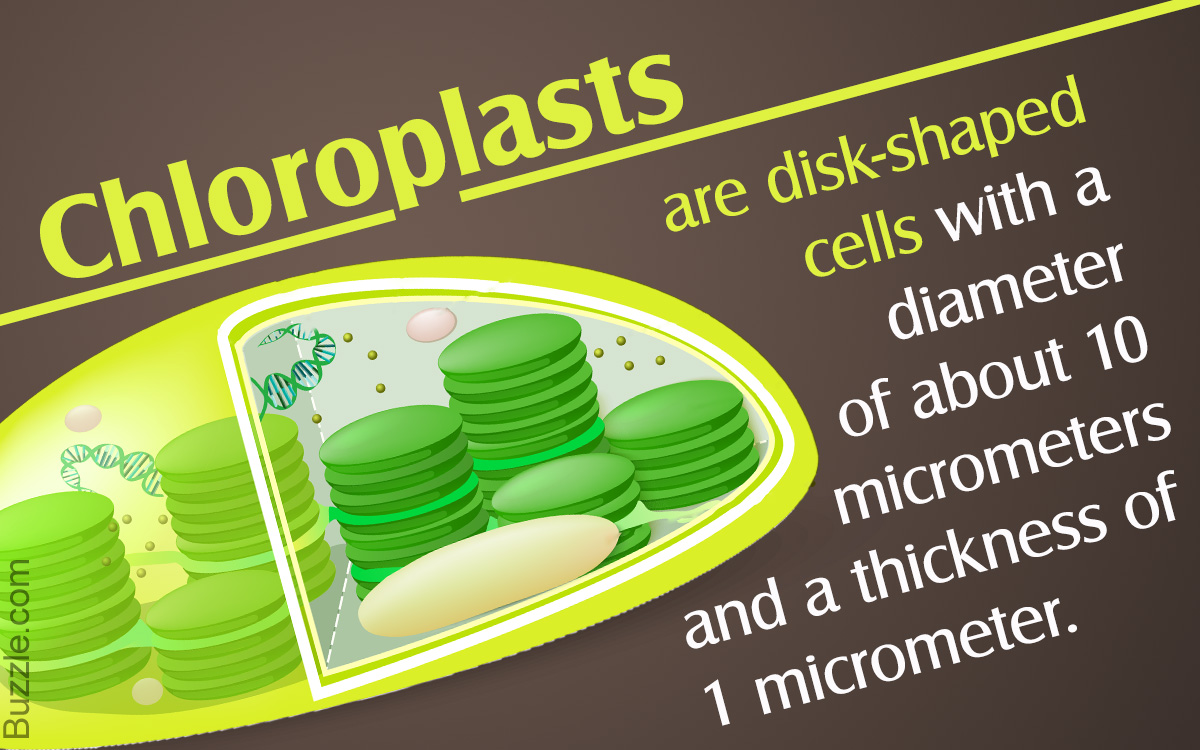 Have you ever wondered why it is only plants that are able to synthesize their own food and not animals? Well, this is because the plant cell has chloroplasts, the organelles that carry out the process of photosynthesis, while animal cells do not. Here are some interesting chloroplast facts…

There are two types of cells in the living world, plant cells and animal cells. While the basic functions of both plant cells and the animal cells are similar to each other, the one function that is exclusive to plant cells is photosynthesis: the synthesis of food using water and carbon dioxide, in the presence of sunlight. The presence of chlorophyll, the photosynthetic pigment, in plant cells makes it possible for photosynthesis to take place. During the process of photosynthesis, the chlorophyll absorbs sunlight to produce molecules of energy. These energy molecules act on water absorbed from the soil and carbon dioxide, to form simple sugars or carbohydrates. But how does chloroplast look like? How is it designed to perform its functions? Just have a look at the chloroplast facts enlisted below to find out.

Here’s some of the basic facts about the structure and function of chloroplasts.

The origin of chloroplasts is best explained by the endosymbiotic theory. According to this theory, chloroplasts were originally cells and not mere cell organelles as they are today. They resembled bacterial cells like those of cyanobacteria, complete with genetic material (DNA) and formed a symbiotic relationship with plant cells. However, with time, the photosynthetic bacterial cells got engulfed by the host plant cells and formed the chloroplasts of today.

While the thylakoids inside the grana are the sites for the light reactions of photosynthesis, the stroma is where the dark reactions take place. The light reactions are a series of reactions that require light and result in the formation of energy molecules of nicotinamide adenine dinucleotide phosphate (NADPH) and adenosine triphosphate (ATP). The reactions of the Calvin Cycle or the dark reactions are called so because they do not need light and these reactions lead to the formation of simple sugars from carbon dioxide (CO2) and water (H2O).

Curious to know more? Have a look at some other facts about chloroplast.

➞Chloroplasts are found in all green plants and algae but are not found in animal cells.

➞Chloroplasts, along with other oval and disc-shaped plant cell organelles, are referred to as plastids.

➞Chloroplasts contain chlorophyll which is essential for photosynthesis. Due to the presence of chlorophyll, chloroplasts are green.

➞Chloroplasts are disk-shaped cells with a diameter of about 10 micrometers and a thickness of 1 micrometer. This shape makes them more efficient in absorbing light of varying wavelengths.

➞While the pigments associated with the process of photosynthesis, such as chlorophyll, are present on the thylakoids, the stroma is rich in proteins and enzymes.

➞The stroma is where the energy released during the light reactions gets stored in the form of carbohydrates.

➞The DNA of the chloroplast is located in the stroma.

➞P680 and P700 are the two chlorophyll binding proteins present in the thylakoids of the chloroplast.

➞Along with chlorophyll, some other pigments such as xanthophylls and carotenoids are also present within the chloroplast.

➞In addition to the synthesis of food, chloroplasts are also the site of production of plant fats and oils.

➞There are around 50-60 chloroplasts in a single photosynthetic cell.

➞The chloroplast is often termed as the ‘energy factory’ of the plant.

Thus, we see that the chloroplast is one of the most primary organelles of the plant cell. Without chloroplasts, the plant cells would no longer be able to carry out the process of photosynthesis.