Even a minute difference in the courting patterns of two closely related species is sufficient to ensure that they don't mate in spite of being capable of the same. The concept of behavioral isolation revolves around this very fact. 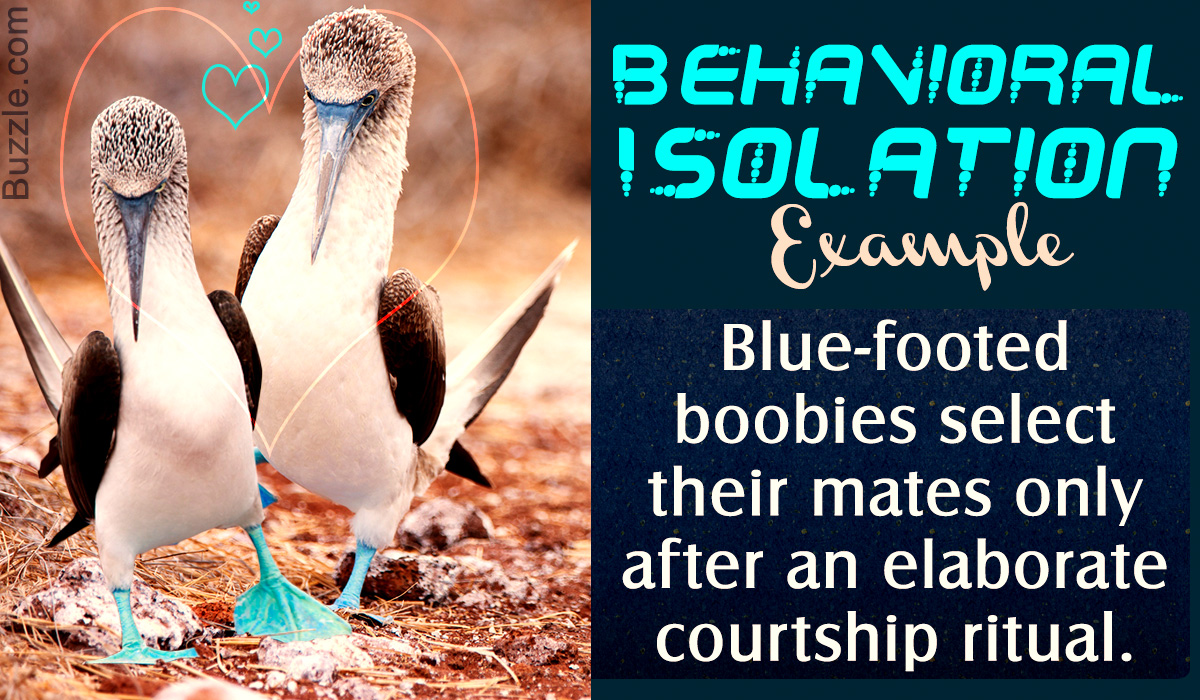 Even a minute difference in the courting patterns of two closely related species is sufficient to ensure that they don’t mate in spite of being capable of the same. The concept of behavioral isolation revolves around this very fact.

There’s Meaning Behind Everything

Things that seldom come to our notice, like the number of times a firefly flashes its light or the high and low notes in a bird’s song, play a crucial role in the elaborate search-courting-mating process of these species.

In biology, species refers to a group of organisms with common characteristics and the ability to interbreed to produce a fertile offspring. At this point, we would like to stress on the fact that only the group of organisms that have the ability to interbreed and produce fertile young ones can be considered a ‘species’. Moving further, animals belonging to two different species usually do not mate, and if at all they do, the resultant offspring is sterile, i.e., incapable of reproducing. An apt example of the same will be the offspring of a horse and donkey―a mule.

As the resultant hybrid is almost always sterile, mating between two closely related species is a waste of efforts and thus, best avoided. This is where the concept of reproductive isolation kicks in. It’s basically a mechanism that prevents interbreeding in closely related species by employing a set of behavioral and physiological barriers. These barriers are divided into two groups:

Behavioral isolation is reproductive isolation based on the behavior of species in the context of mating rituals and signals. Also known as ethological isolation, it occurs when two populations are capable of interbreeding, but don’t breed because of differences in their courtship rituals. These differences are seen in one of the many cues to the complex courtship rituals of their search-courting-mating process, such as breeding calls (auditory stimuli), mating dances (visual stimuli), pheromones (chemical stimuli), etc.

Example: Each group has its characteristic courtship ritual. This elaborate, complex mating ritual isolates them from closely related species and helps them find the correct mating partner. The blue-footed booby (Sula nebouxii), for instance, shares its habitat with several other species of the genus Sula, but despite all their similarities, it never mates with them. In this case, behavioral isolation is facilitated by the elaborate courtship ritual that is unique to this species. The female blue-footed booby selects a mating partner only after watching the entire courtship ritual.

Explanation: Behavioral isolation prevents the unnecessary waste of efforts in searching, courting, and mating with a partner who will not produce a fertile offspring, which is necessary for the continuity of the species. This mechanism is strictly wired in most species such that despite morphological similarity, some species do not mate even if they are kept together.

This also applies to crickets, frogs, etc. The two species may seem similar until you hear their noticeably different vocalizations. Some insects attract their prospective mates by vibrating or rubbing their wings to create a unique ‘song’. Besides, many insects rely on pheromones, which serve as chemical cues when it comes to courting rituals.

In fireflies, the cue is presented in the form of a distinct pattern of light pulses. Male fireflies signal their female counterparts by flashing light pulses in specific patterns. If the females identify them as one of their own based on this signal, they respond. The complex pattern of signaling prevents interbreeding between two closely related firefly species.

It’s a well-known fact that geographical isolation eventually leads to speciation by splitting the population into two distinct groups, each following a unique evolutionary path. In the same way, even behavioral isolation leads to speciation. In this case, two populations of a species develop different courtship behavior and continue to diversify, eventually splitting into two different species.